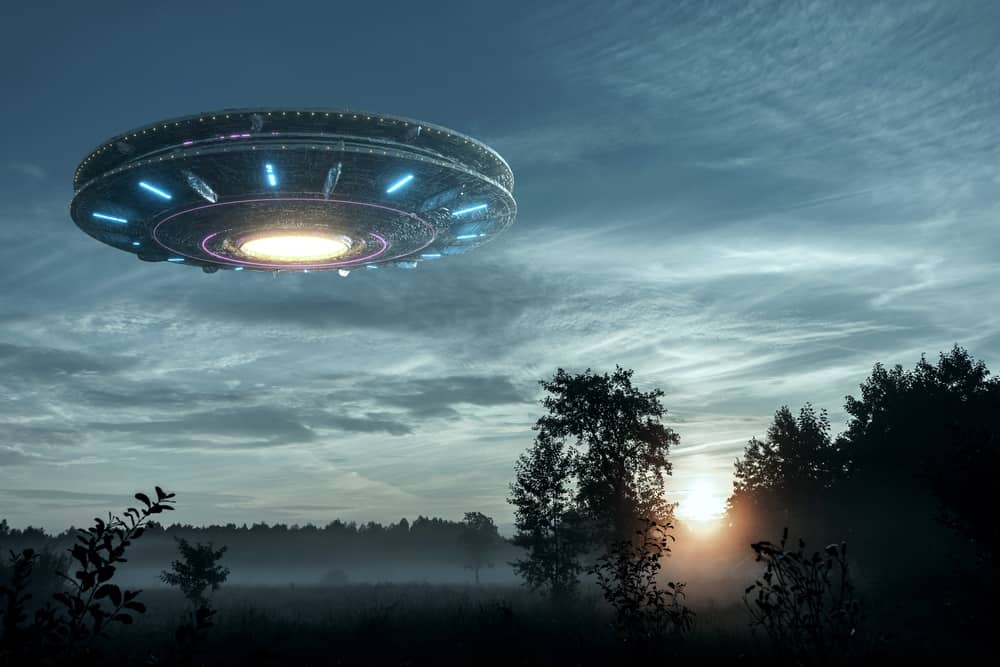 Alien abduction is a popular plot point in movies but it’s also surprisingly popular in people’s dreams. Not only that, we often dream of just conversing with aliens, witnessing alien conflicts, giving birth to aliens, and of all other alien-related shenanigans. But what’s the reason for such dreams? Have we really interacted with aliens before and our conscious memories of the experience have been erased?

Or, is the concept of aliens just so engrained in our cultural consciousness that we dream of them the same way we dream of puppies and frogs? Below we’ve listed the main 10 aliens dream meaning interpretations according to our analysis and experience.

When we start delving into the depths of our REM sleep every night we are often visited by all kinds of strange visions and scenarios, including aliens at times.

While a lot of dream interpreters claim that such dreams indicate a past real-world experience with aliens, we tend to disagree. The much more likely explanation is that the aliens in your dreams are metaphorical symbols of things your subconscious mind is trying to tell you.

Note that we are not saying aliens don’t exist and alien encounters don’t happen – science does point to the existence of extraterrestrial life and both the Drake equation and the Fermi paradox are still widely discussed and considered in the scientific world.

However, even accepting the existence of aliens and the probability of people’s encounters with them, dreams of aliens are so incredibly common that it’s practically impossible for billions of people to have all encountered aliens and then forgotten about the experience.

So, the more likely explanation is that dreams of aliens are like any other dream – manifestations of our subconscious minds that are symbolic of certain ailments or feelings we have at the time. With that in mind, here are the 10 most common interpretations depending on the details of the dream and the circumstances in your life.

1. You’re reexamining your beliefs about aliens or simply thinking about them in recent times

We’ll get the most obvious interpretation out of the way first – if you’re dreaming about aliens, chances are that you’ve been thinking about them recently. Maybe you’ve been reading about them and have started to reexamine how you feel about their existence.

Or, maybe you’ve been watching a very impressive movie or show about aliens that has sparked your wild imagination and your inner desire for close encounters with aliens.

2. There is a hidden aspect of your personality you are about to access

Carl Jung speculated that aliens in dreams symbolize a connection with our unconscious mind and inner psyche. That’d indicate that dreaming about aliens may even be a good sign about your prospects for connecting with your inner self.

That’s not a certainty, however, as it may also just indicate that there are aspects of your personality beneath the surface you are yet to access. So, if anything, such a dream should serve as a hint and a nudge that there is more self-discovery you can do if you feel up to it.

Dreaming about aliens can also have an observational type of meaning – it could be your subconscious mind telling you that you’ve been acting strangely as of late. That is something that we often don’t notice about ourselves right away, although it’s usually the people around us that let us know about it.

If no human beings have made you aware of this new part of your personality, however, you can expect your subconscious to let you know soon enough with a dream about aliens. As to what exactly this new behavior might be – that can be anything, depending on your current emotional state and life’s circumstances.

4. You’ve been neglecting yourself

Dreams about aliens also often center around the technological differences between advanced extraterrestrial civilizations and humanity. In such dreams, we are often in the position of “ambassadors” of humanity and we are left to compare ourselves with the superior aliens, Stargate-style.

While awkward to go through, these dreams are at least easy to interpret – they are your subconscious mind telling you that you’ve been lagging in your personal development and that you need to start working on your talents, dealing with your negative emotions and emotional problems, as well as implement some inevitable changes such as improving your self-esteem and other aspects of your inner self.

And then, there are dreams about actual alien abductions. Most psychologists speculate that such dreams – especially by lucid dreamers – are where most myths about abductions come from with the cultural concept self-reinforcing itself by causing other people to then dream about the same thing.

Where did the first such dreams come from, however? Supposedly, when a dream about an alien abduction isn’t caused by cultural impressions on you, it’s a sign of a lack of confidence. When a person’s insecurity is so deep, dreams of them being abducted and violated by evil beings are quite natural for our impressionable and symbol-savvy subconscious mind.

6. You’re afraid your mind has been clouded

An offshoot of the abduction dream is the alien dream of extraterrestrials erasing parts of our memory. Dreams like that can manifest in a moment of depression and of feelings of severely low esteem. They are also possible when we’ve noticed – or our subconscious has noticed – that we have trouble remembering new things or we’re facing issues making our own decisions.

Phenomena like these can be explained by countless medical or emotional causes but the idea of an alien encounter leading to memory loss is so popular that our minds will often imagine such encounters in our dreams.

It’s also not all that uncommon to dream of yourself as an alien. A dream like that is to be expected if you often feel out of place at social gatherings, if you have trouble talking to strangers or making new friends, and if you generally abhor and avoid a wide range of social events.

In other words, dreaming that you’re an alien is a clear sign that you need to work on combating your loneliness, building relationships, and finding a close friend or two as soon as possible.

8. You feel a part of a greater conflict

We often feel at crossroads in life or even more – in the middle of major conflicts between great powers we have no control over. When we feel that way – whether justifiably or not – our subconscious minds often represent that feeling with a sci-fi-ish movie-like conflict such as an alien invasion with bad and friendly aliens duking it out all around us.

So, if you’ve found yourself in the middle of an alien attack in your dreams, running from the lasers and bombs of creatures from higher realms, chances are that you need to start sorting some things in your waking life because it has started to become a bit too unmanageably chaotic.

9. You’re afraid your life is a lie and you’re under constant observation

Seeing a UFO or having a similar alien encounter in your dream often symbolizes your subconscious feeling that you’re living in a Truman Show-like world. Such dreams often have us running through an alien environment too – this means that we don’t feel like the world around us is real or that we recognize it.

When we have such dreams, it usually means that we’re not living the life we need and we need to make some drastic changes if we want to feel like ourselves again.

10. You are confused about certain aspects of your life and you need guidance

Lastly, there are the always disturbing dreams that you’ve given birth to an alien baby. While we often associate such dreams with the horror that’s the Alien movie franchise, what this dream has to say about our current situation isn’t necessarily negative.

Instead, the symbolism of this type of dream is that we are feeling a bit confused about some parts of our life or that we feel like there is something hidden and mysterious within us we don’t yet understand. Whether that’s good or bad depends on us and on the situation but it’s wise to seek some guidance and find out what’s been bugging you of late.

As you can see, dreams about aliens can mean all kinds of things, both positive and negative. Finding the right interpretation in your case is crucial if you want to gain the needed insight the dream is presenting. Fortunately, alien dreams aren’t as “urgent” as some other dreams such as those of dying or drowning.

Still, there is much self-exploration and development to be gained by properly understanding your dream about aliens so we hope the 10 interpretations above have been of help.