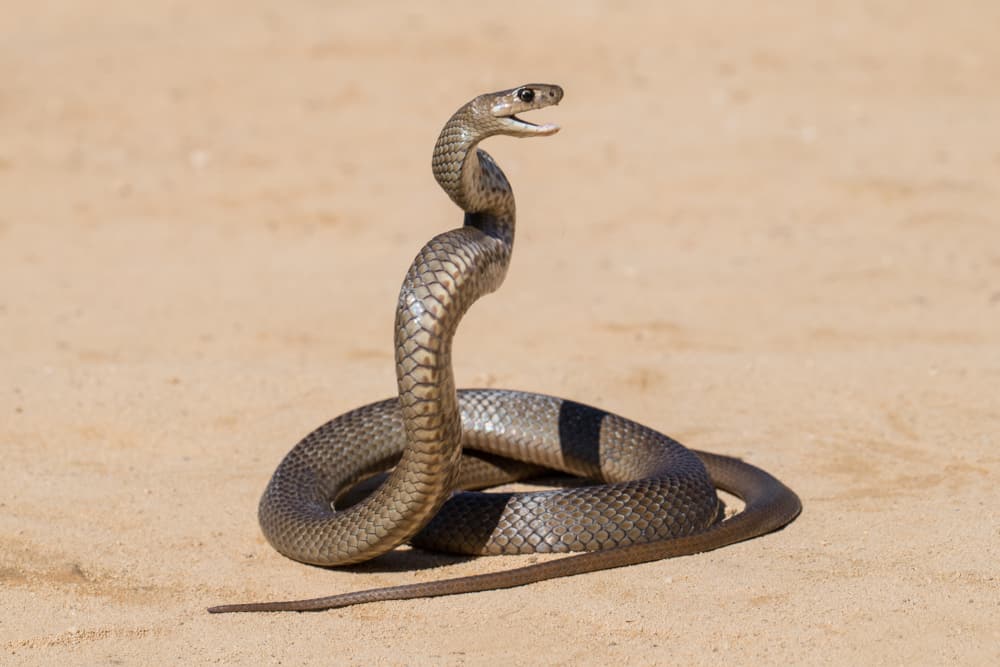 Most people tend to be weirded out by snakes both because of how different these animals are from us and because of the multitude of myths and legends we have about them. This makes dreaming of encountering or killing snakes all the more distressing. What does such a dream mean?

Does it mean that you are surrounded by enemies you need to stomp out? That you are being led into temptation? That you’ll succeed in your current endeavor and find good fortune? All of these interpretations are possible as well as a few others depending on the details of the dream and your life’s circumstances. So, let’s go over the 10 common interpretations of dreaming of killing snakes.

Dreaming of killing snakes and what that symbolizes

The spiritual meaning of killing a snake in your dream usually has both a positive and a negative component. Almost always, however, it has something to do with a type of change you’re going through as snakes are first and foremost a symbol of transformation.

The exact interpretation can vary based on some details but most dreams of killing a snake are usually pretty similar – the dreamer sees the snake suddenly appear next to them, they jump up, and kill it, either with a knife or with a heavy piece of furniture. Other variants are also possible but rarer.

1. You feel that you’re being betrayed and you need to act

Probably, by far, the most common dream interpretation of dreaming of killing snakes is that of a warning of deception. Especially if the dream featured a black snake, this is seen to mean that someone close to you is about to – or in the process of – betraying you. Or, at the very least – that you feel like someone is betraying you.

The reason for this dream is that we associate sneaks with betrayal, deception, sneakiness, and slithering behind our backs. Whether or not we are right to feel betrayed is another matter, of course – the dream simply indicates the presence of the feeling. The rest is up to you to figure out.

2. Your subconscious mind is trying to overcome your ego and attain some degree of spiritual development

Our conscious and subconscious minds are constant competitors as every psychologist since Carl Jung can attest to. The struggle between the two is often the source of a lot of frustration too and it tends to spill over into our dreams. As such, dreaming of killing snakes often indicates that our subconscious mind has been feeling way too suppressed for a while and is fighting for control.

This usually happens when the dreamer has been ignoring their subconscious, emotions, feelings, and instincts for too long or has been outright trying to suppress them. In essence, such a dream is telling you that your subconscious is trying to “kill” the “snake” that is your ego or your conscious mind.

3. Your subconscious mind is getting out of control

The exact opposite of the above interpretation is also quite possible. Very often people fall into the trap of the subconscious mind and start relying on it so much that they get overcome with crippling fears, overwhelming emotions, and general disorientation in life.

In those cases, a snake-killing dream means that you need to defeat the “snake”, i.e. your subconscious mind, and wrestle some control back into your life. This dream and its interpretation are particularly common for people with severe ADHD tendencies and/or depression.

4. You may be dealing with an unwanted pregnancy

Seeing and killing a serpent in your dream is often a sign that you have gotten pregnant by accident. Very often, the dreamer doesn’t even realize it at the time but their body is aware of the pregnancy and is letting them know through the dream.

This dream can sometimes be interpreted as your body telling you to abort the fetus but that doesn’t need to be taken as a sign that you need to do that – it’s natural for a woman’s body to interpret the sudden unwanted presence as something that needs to be “removed” but what you should do is entirely up to you.

In the same vein, seeing a dead snake that you didn’t kill in your dream can be seen as a sign of an upcoming miscarriage.

5. There are some real-life issues  you’ve been ignoring for a while

Our subconscious mind can also translate the image of the snake as a metaphor for hidden dangers and potholes in our life that the dreamer should be careful about. This interpretation is similar to that of an incoming betrayal, only here the evil you’re being warned about doesn’t come from a person but your life’s circumstances.

When you have such a dream, it tends to be a sign that you have a lot of anxiety build-up about certain parts of your life you’ve been putting on hold.

6. You are being tempted by something and you’re trying to resist

The common Biblical meaning of snakes is that of temptation, bad luck, and Satan himself. In Genesis, the very first part of the Bible, the snake means that the devil is trying to tempt Even in the Garden of Eden. And this is indeed one of the most common interpretations of dreams about snakes people have, particularly if they are born into an Abrahamic religion.

Another Biblical interpretation comes from Psalm 58 where evil people are said to have “the poison of a snake”. More commonly, however, snakes – especially a white snake – is associated with temptation. So, killing said snake in your dream can be seen as your intuitive desire to resist the temptation at all costs.

7. You are sick of something and looking for a cure

Snakes are also seen as a metaphor for healing by a lot of people as snake venom has been a symbol of medicine for thousands of years. So, it’s only natural for a person suffering from illness to dream of themselves killing a snake and extracting its venom.

Such a dream isn’t necessarily a sign of recovery, however – usually, it’s a sign that you are trying to recover and you’re looking for ways to get better. Whether or not that’s going to be successful can’t be determined just by a dream.

8. You may be having some relationship trouble

Snakes are unfortunately also a common sign of an unfaithful spouse or a partner that you’re having trouble with. In such dreams, the snake usually takes the form of a cobra but not exclusively.

As with many of the other interpretations above – don’t take such a dream as “proof” that your partner is being unfaithful to you. The dream usually only signifies that you are feeling betrayed by your partner, not whether or not those feelings are justified. More often than not, this dream appears when the two partners have been quarreling for a while, for whatever reason.

The dream also doesn’t indicate whether and how the two partners should fix their relationship and whether they should separate.

9. You’ve been trying to overcome a long-held fear

Dreaming of killing snakes – especially when it’s multiple snakes all at once – often symbolizes the dreamer’s struggle with some of their fears. That dream is usually a good omen, however, rather than a negative as it means that the dreamer is ready to start overcoming their fear in their waking life.

A similar interpretation is that the dreamer has been overwhelmed with lots of issues recently and is getting fed up with them and looking to get rid of all their problems simultaneously. This is a common dream for people who want to scrap everything they are doing and start with a clean slate.

10. You are – or you’re trying to be – more optimistic about your future than usual

Probably the simplest and most optimistic interpretation is that the dreamer is putting their worries aside and is looking at their life with a new-found satisfaction. In this case, the killing of the snake symbolizes the dreamer’s feeling that they’ve successfully cleaned their life of most issues and are facing a bright future.

The serpent in these dreams is usually a green snake too – a reptile commonly associated with wisdom and future monetary gains.

In conclusion, what’s the meaning of dreaming of killing snakes

As you can see, you can find many different snake dream meanings out there but pinpointing which applies to you is difficult. Many dream books interpret the killing of a snake in your dream as a sign of good luck and stumbling on a lot of money but, in our experience, such dreams have more to do with our emotional state and some circumstances in our waking life.

This isn’t to say that killing a snake in your dream isn’t a good omen – in fact, it usually is. But that tends to be because we are in a transitional part of our life and we are beginning – or have begun – to make some major changes.