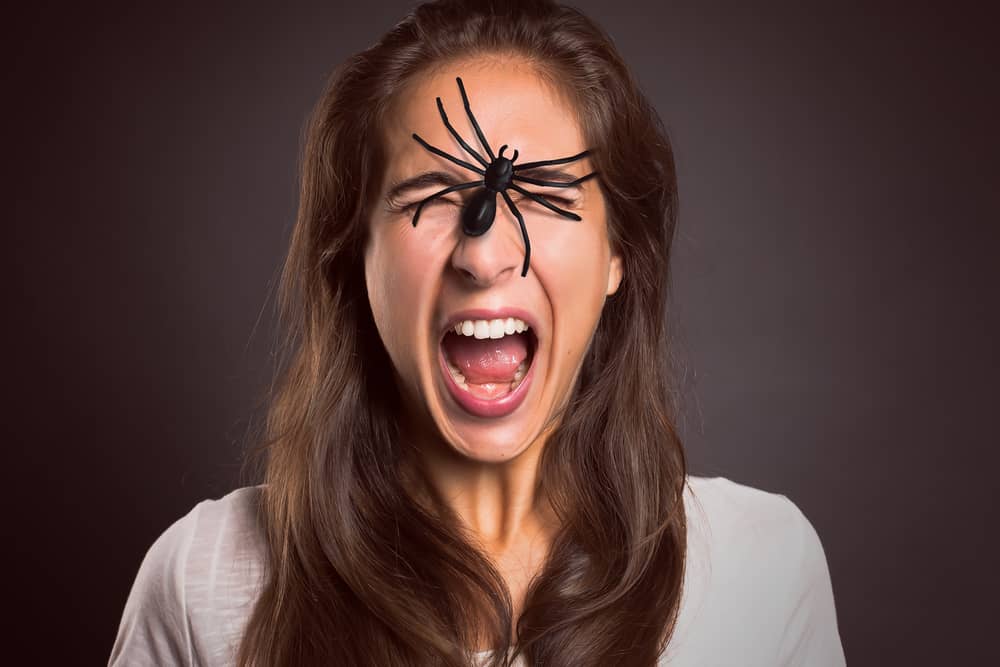 Who hasn’t come across some kind of spider at least once in their life? There are over 40,000 species spread throughout the world, so it’s fair to say these insects are everywhere in real life—but are their numbers as strong in the dream world?

In other words, why do people dream about spiders and what do different kinds of spider dreams represent? And what about the bites these creatures can deliver? Answering these questions and others related to them will be the main focus of this article.

When you arrive at the end of this article, you’ll have a clear understanding of what different kinds of spider dreams represent, what different cultures and religious groups think about spider bite dreams, and how you can use your dreams to make positive changes in your life.

What Does Dreaming of Spiders Indicate?

To really understand what’s behind your spider dreams, you need to drill down into the nitty-gritty of the dream and analyze things bit by bit (no pun intended). That being said, spider dreams of all kinds are generally associated with the following feelings:

Such dreams can even serve as a warning. Consider the lonely house spider lurking in the shadows; this may indicate that you’re afraid and unable to do anything about it. If you’re afraid of these creatures, a confrontation in a dream could indicate fear is beginning to consume you.

And think about the spider that quietly and inconspicuously creates a beautiful and intricate spider web. Dreaming of a web being made could symbolize that you’re trying to hash out complex ideas in your dream so you can put a plan into action while you’re awake.

3. Your Subconscious Mind Is Trying to Express Itself

Dreaming of a spider may indicate that your suppressed emotions are looking for an outlet. Perhaps thoughts that you can’t vocalize are starting to weigh too much on you, and now fears and anxieties are starting to creep in and influence your behavior.

4. You’ve Dealt With a Lot of Deception Recently

Have you faced betrayal recently? Have you been dealing with deception a lot? If it’s a “yes” for both questions, then it’s somewhat understandable why you’re having spider dreams. The spider makes a beautiful web, but it’s always a deadly trap. Think of the unsuspecting fly caught in the web.

Seeing a giant spider feasting on bound prey will remind you to not blindly trust and to be wary of untrustworthy people.

Have you been thinking long and hard about something? Do you have a plan that’s ready to be put into action? If so, dreaming of a spider could be a good sign, one which indicates it’s time to put a plan into action.

Think of all the work that goes into making the spider’s web. Spiders are patient and decisive, and they always follow strategy. It’s no secret that accomplishing goals can be challenging, but if a spider dream comes to you midst of a struggle, this dream interpretation should be a sign of encouragement.

What Do Different Faiths Think of Spider Dreams?

Since human beings have been interacting with spiders for millennia, many peoples have searched for spider dream meaning. Spiders are seen as symbolic in numerous religious texts, but the Bible and Quran are two texts which portray spiders as both good and bad.

1. What Does the Bible Say About Spider Dreams?

Numerous times throughout the Bible, spiders are referenced as an omen. Often the spider represents the wickedness of people. Even though spiders are mainly portrayed in a negative light, many Christians and Hebrews believe that spiders are protectors sent from God.

As a protector, it’ll shield you from worries and act as a guide, showing you the way forward when you face doubts, bad news, relationship issues, etc.

2. What’s the Significance of Spider Dreams in Islam?

In Islam too, spiders bear a negative connotation. Again they are compared to weakness, yet in this case, they are symbolic of a malicious or deceptive woman. Therefore, if a spider appears in your dream, it may be a sign that bad luck and deception are around the corner.

But seeing the spider as a sort of spiritual guide is also common in the Islamic faith, and if you’re a particularly religious man, you may view the spider’s common dream as a sign of good luck.

Is It Bad to Dream That You’ve Been Bitten by a Spider?

A spider’s nightmare may also represent a feeling of insecurity. Perhaps you feel like you’re inadequate or that you are not being honest with yourself and others. Keep in mind that not all spiders carry venom, but they all have fangs, which means that a bite could be quite significant—even in a dream.

If you’re the one being bitten by the spider, this is interpreted differently than watching someone else be bitten. And if you’re the spider doing the biting, there’s a different meaning. And if such a dream coincides with you feeling pain, you may wake up right as the bite is about to happen.

What Does Dreaming of a Black Widow Spider Represent?

The black widow is infamously one of the most deadly spiders on the planet. For this reason, dreaming of a black spider bite, especially if you’ve never come into contact with one of these insects, could be a sign that bad times, hopelessness, and even death are around the corner.

However, if you kill a black widow, such could mean you’ll soon overcome an adverse situation.

Is It Bad to Kill a Spider in a Dream?

Killing a spider in a dream can be a good thing or a bad thing; it really comes down to how you view spiders generally. If the spider is an innocent creature that’s just acting as a helper, then killing it can be a sign that you’re going to betray somebody.

This could also symbolize that you are out of control in real life and not appreciative of the frailty of life. If the spider is a formidable tarantula, a black widow, or a brown spider (the deadly kind) such could mean you feel trapped by evil, unable to overcome a big obstacle, or threatened.

What Does It Mean if You Dream Of Being a Spider?

Having a dream that you’ve been caught in the spider’s web indicates that you’re feeling stuck or trapped. It could also mean that you’re neglecting responsibility. If you’re facing emotional challenges and you don’t know how to overcome them, you may find yourself stuck in a spider web as a dreamer.

What Does a Spider Hanging Over You in a Dream Represent?

Dreaming of a spider hanging over you can be quite an ominous sign. This mostly means that you’re anxious and need introspection. If you keep ignoring what’s making you anxious, then you could have this dream.

If you’re feeling trapped and you can’t move, this could indicate that the anxiety is inescapable until you deal with it. Even an optimistic person could have such a dream, though these individuals tend to use such dreams to their advantage.

In the end, having a spider dream could be an uncomfortable experience, but it could symbolize something good is about to happen in your life. Even if you’re somebody who doesn’t want to be around spiders, dreaming of one could mean a new relationship, and other good things are around the corner.

It’s best to embrace a spider dream when you have it, as even if something bad happens in the dream, this doesn’t mean you will be affected immediately (or ever) in life. If anything, a bad omen spider dream can serve as a wake-up call, one which prompts you to change things up in life.