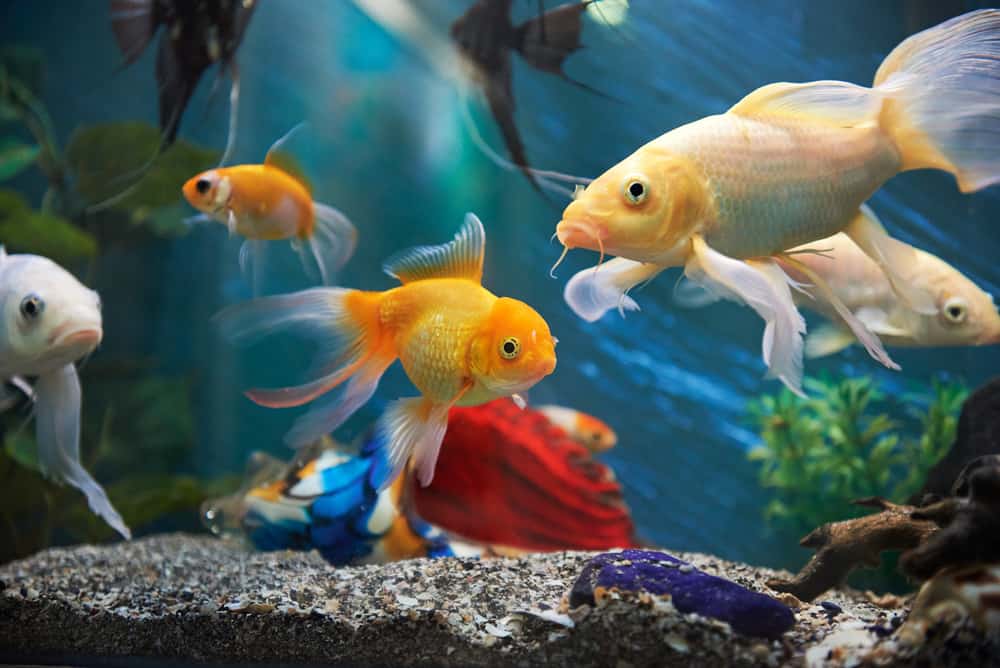 Deciphering the dream meaning of something like a fish can often seem complicated and inconclusive. And the interpretation of a dream with fish in it really depends a lot on the dreamer, on their waking life and emotions, as well as on specific details in the dream.

You’d be wrong to think that this is just about superstition, however – instead, it largely revolves around how our emotions and subconscious fears interact with certain widely accepted symbolism and metaphors regarding fish. So, here are 9 key points you might want to consider if you’re wondering whether dreaming of fish means pregnancy or not.

Why is dreaming of fish mean pregnancy so often?

Women dream of all types of things and every dream can mean dozens of different things. And, indeed, dreaming of fish doesn’t always have something to do with pregnancies and babies as it can relate to all kinds of small troubles and events in our real life.

Yet, it is a fact that dreaming of fish is often related to the future of a woman’s family life and it happens extra often when a woman is pregnant or thinking about getting pregnant. So, let’s go over the 9 or so precise meanings of fish dreams and how and why so many of them happen around pregnancies.

1. We intuitively associate fish with fertility and new life

Fish are a symbol of fertility in most cultures as well as of new beginnings and numerous offspring. That’s quite natural given how many thousands of fish eggs most species of fish leave behind every time they mate. So, fish are very similar to rabbits in that regard as both types of animals are associated with procreation.

Some types of fish, in particular, are also associated with hard-won pregnancies and births too. Salmon fish swimming upstream to leave their egg deposits in the right spot is an especially common symbol both in nature and in dreams for the obstacles before pregnancy, labor, and motherhood, and the reward that follows.

2. Fish can also symbolize a fetus to our subconscious mind

Fish in dreams can also symbolize new life and a baby in the womb in a much more literal way. Quite simply, a swimming fish looks and feels very similar to a fetus to our subconscious mind because both are relatively small and submerged in a liquid inside a small space.

So, a dream of one or two fish swimming in circles in clear water inside an aquarium or a fish tank can be our subconscious way to tell us that there is a baby or twins inside our belly. Such pregnancy dreams are usually calm and quiet if a bit unsettling at times.

Sometimes they can feel a bit scary too, unfortunately, and can include some health issues for the fish/baby, signaling every new mom’s fear – miscarriages.

3. You may just really want to eat fish

Of course, there are also times when dreams really aren’t all that complicated and don’t need that much analysis. If you just really want to eat fish or have just been thinking about fish recently, seeing them briefly in a dream is perfectly normal. Pregnant women are known for obsessive food cravings too which makes this whole situation all the more likely.

4. You may have been prohibited from eating fish while pregnant by your doctor

A variation of the above situation happens when your doctor has forbidden certain fish and sea foods from your diet while pregnant. There is a myth out there that all fish are ill-advised for pregnant women but that’s not 100% true – only fish rich in mercury are ill-advised but other types of seafood are ok for healthy pregnant women.

So, if your doctor has forbidden you from eating fish such as tilefish, mackerel, shark, swordfish, or others, it’s perfectly natural for you to suddenly start craving them and dreaming about them.

5. Fish can be a childhood memory trigger for you

We often associate fish with children for a whole different reason – because they often remind us of our own childhood. Many people have had a goldfish or two in their early childhood years and so our subconscious mind associates such small aquarium fish with the joys of childhood.

Consequently, if you are expecting a kid in your waking life, you can expect your subconscious to conjure up fish dreams out of simple anticipation and excitement for the incoming child in your life.

6. Fish also symbolize blessings and prosperity which are things we often associate with children

We also often associate children with the bountifulness of our near future. Kids enrich our lives, after all, in more than one aspect. And since fish are also seen to symbolize bountifulness and the richness of life in many cultures, the association here becomes quite straightforward.

Even in the Bible, the fish Ichthys symbol is seen to symbolize the birth of Jesus Christ, resurrection, and infinite life. Also in Christianity, the multiplication of fish and bread by Jesus Christ to feed all his hungry followers is another example of how much people associate fish with abundance and the richness of life.

7. Many cultures also view fish as a symbol of good luck

Another common symbolism of fish in many cultures is that of good fortune. In most eastern cultures, for example, big fish are seen as a good sign and a good omen for financial success.

This isn’t directly related to pregnancies and giving birth, of course, also one can draw a connection between having children and having financial support for yourself in the future. If you dream of a small fish growing into a large fish, such symbolism can be drawn.

Most of the time, however, and especially in certain developed countries, children are more often seen as financial burdens rather than a boon.

8. Dreaming of dead fish can either be a bad omen for your pregnancy or it can reflect your own fears

A nightmare or a dream of a dead fish is usually a bad sign indicating health problems and problems during birth. Such dreams are a symbol of pregnancy marred with problems and under high risk of premature birth or miscarriage.

Naturally, a dream of a dead fish is one of the most feared pregnant woman dreams but we should also keep in mind that such a dream is much more likely to simply indicate our fears about such issues rather than foretell the issues themselves.

9. Some fish dreams have nothing to do with pregnancies

Last but not least, let’s not that many fish dreams can be completely unrelated to the dreamer’s pregnancy or thoughts of becoming pregnant in the future.

If you dream of being a fisherman and waving a fishing rod around, of cooking fish, eating fried fish, of trying ice fishing or going to a fish market, of having caught fish, or the disappointment of going home empty-handed – all these scenarios and many others are in no direct way related to pregnancies and giving birth.

They can symbolize other things, of course, but what exactly depends mostly on the tone of the dream, some details in it, and the context of your emotional state and current waking life circumstances.

Does dreaming of fish predict the gender or sex of the baby?

Some folks like to look more spiritually into fish dreams and believe that the color of the fish you’re dreaming of is a predictor of what gender/sex your baby is going to have. A black fish is said to symbolize a boy while a lighter or more colorful fish indicates the coming of a baby girl.

We can’t really testify to the validity of such supernatural predictions – as far as we can tell, dreams of blackfish are significantly rarer than those of lighter or more colorful fish both in pregnant women and overall. We can’t be sure, of course, as reliable statistics about this sort of thing are obviously impossible to draft.

In conclusion – does dreaming of fish mean pregnancy?

You don’t need to have read through dozens of dream books to figure out that a dream of a fish can be associated with a woman’s pregnancy or newborn baby. And it is indeed a very common dream of pregnant women as it’s part of our collective cultural consciousness to associate fish with fertility, new life, hope for the future, good luck, and a few other similar concepts.

So, if you are pregnant or you are thinking of getting pregnant, it’s perfectly normal to have dreams with fish in them more often than usual. At the same time, however, let’s keep in mind that there are also lots of other interpretations of fish dreams too. So, there are no guarantees and it’s important to watch for the details in your dream to help you decipher it more easily and accurately.