Skip to content
Liquids and Solids » Dreams About Being Chased And Killed? (7 Spiritual Meanings) 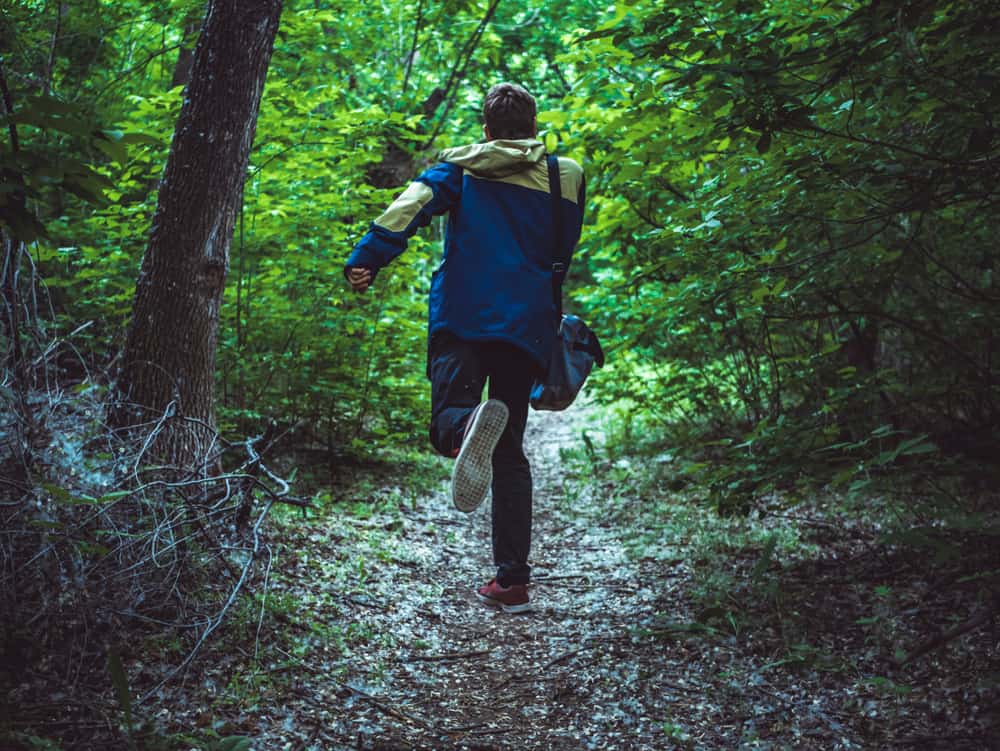 As if the thought of our transience in waking life is not enough, we also have to dream about our death. And in what way? Dreams about being chased and killed are one of those nightmares after which you will wake up in puddles of sweat.

The fact that this terrible dream can unfold in many ways is also frightening: a madman with a knife, a police officer, a family member, or even an animal like a lion or a wolf.

But dreams are an inevitable part of our existence, and that’s why we should never run away from them. On the contrary, we should embrace them and try to analyze them as best as possible because they can reveal a lot about ourselves.

It’s especially important when it comes to this dream because you don’t want to have it twice.

What Does It Mean When You Dream Of Being Chased And Killed?

1. Someone Is A Threat to Your Life

Although murders are not as common as we might think, they happen daily for a million reasons. Unsettled accounts, jealousy, fraud, anger, revenge, the list goes on.

So, do you think you are in danger? Have you gotten into an altercation with someone who’s not the most rational person and whose behavior gives the impression that the worst could happen? Maybe you have a crazy ex who hasn’t gotten over you and can’t stand that you went on with your life without them.

Fear for one’s own life is quite normal, and thanks to it, we survive and don’t get involved in situations that could end fatally for us. But sometimes, the threat is posed by others, and we can’t really control them like we can our actions.

If you’re dreaming about someone chasing and killing you, it can symbolize that you have a feeling that someone will try to kill you in real life. You can’t escape this feeling, which is why you dream that someone is not only killing you but also chasing you.

Is it time to seek the help of authorities?

2. Are You Running Away From Something Inevitable?

Although this is a bad dream that no one wants to have, sooner or later, it will happen to you if it already hasn’t, so it is vital that we try to understand it as deeply as possible.

Someone was chasing you, and you tried to escape, but unfortunately, you failed, and the dream ended with your death. Look at the current situation in your life. Is there someone or something from which you are hiding or running away, but deep inside yourself, you know there’s no getting away?

Are there some debts that will come due or bad deeds from the past that haunt you and for which you know you will be held accountable?

But let’s not get too dark – just because this dream was so horrendous doesn’t mean that what’s bothering you is as well. Maybe you are simply putting off some work or evading a meeting with someone.

The subconscious mind works in mysterious ways. This time it had to use such an intense dream to get your attention. Whatever it may be, think carefully and try to face the inevitable now because you certainly don’t want them to experience something like this again in your dreams.

3. Have You Gone Through Some Trauma?

In this life, it is difficult to get through unscathed. Whether it happens to us in childhood or adulthood, almost every one of us experiences some kind of trauma. And while we survive and forget most bad events fairly quickly, there are those that scar us for life.

Of course, these traumas are often repeated in dreams in the same or similar shape and form as they happened in real life.

However, as things that do not give us peace of mind, many times, they break into our dreams disguised as some “other” bad events and harass us in that way as well.

If you dreamed that someone chased and killed you, you might be experiencing this dream as a result of some earlier trauma.

4. Are Anxiety And Stress Most Notable Emotions In Your Life?

A dream this stressful must indeed have a very stressful background in your waking life.

People who lead carefree or boring lives will rarely dream of something like this, although that’s not excluded either. You can attest to this as you must have dreamed of something crazy that you were sure had nothing to do with your emotions from real life.

So the question remains: where are these dreams coming from? What are your days like? That is, do you constantly concentrate on the negative from dawn till dusk? Are you the type of person who overthinks and worries even about things you have no control over?

Of course, all this stress doesn’t have to be your fault. Someone else may be putting you in stressful situations, and there’s just no possibility for avoidance. Even if your concerns and fears are justified, there’s no denying their harmful effect on your health.

So, you have to learn to fight these emotions. It takes a lot of practice and time, but it is possible to get into a state where anxiety affects you less than the average person. It’s time to start doing something about it.

5. Is A Relationship Coming To An End?

Many times in life, relationships with people, whether romantic, friendly, or business, don’t end the way we would like them to end. Of course, we’re all different, so it’s foolish to expect an equivalent level of involvement from two distinct characters.

One side always wants and tries more, even when it’s clear to everyone that any effort is in vain. Some people can’t come to terms with the fact that not everything in life can go their way. They will force things in the relationship, pretend everything is fine, and ignore any type of warning until they kill the relationship.

The described situation can be a symbolic meaning of the dream about someone pursuing and killing you. If this is the case, take a look in the mirror and try to find out if you’re that person who just can’t see how your actions lead you to nothing positive.

But also consider the option that you might be on the receiving end of the aforementioned behavior. Do you feel like someone is chasing you and that their efforts will eventually “kill” you?

6. You’re Scared Of Letting People Down

Before we go further into one possible meaning of this dream, please don’t take our words literally; we don’t mean to say you’re doing something that could end in death.

What we want to say is that the action you are actually undertaking may entail so much risk and pressure that, in the event of failure, you would feel as if you had died. And not just by any kind of death – a death that comes after being chased.

So you ask yourself what you are doing that makes you feel this way. Do you think you will let down many people who, in case of lack of success, will haunt you for life? You may have these feelings because of your fear of failure or not wanting to disappoint people close to you by doing something wrong.

Nobody likes uncertainty, but those are the rules of life, and we all have to play by them. Every once in a while, we must do the risky thing and deal with the end results later.

7. You’re Getting Too Much Attention

In the 21st century, almost everyone wants to be at the center of attention because it’s a currency that’s hard to come by. But, when we get our hands on it, it opens a lot of doors and gives us opportunities to start working on earning other currencies. But we are not all the same.

There are also a number of people who simply aren’t interested in being recognized, for example. If they do something worthy of attention, they do it exclusively for themselves or their loved ones. They also might be doing it only for money, and where there is money, there is almost always some form of attention.

When such people receive too much attention, it can have a very negative effect on their psyche. They don’t know how to deal with it. Something that’s desirable for many is like a death sentence for them, and in the end, it begins to haunt them even in their dreams.

They feel as if all this attention is suffocating and eventually killing them.

If you dream that someone chases and kills you, it may mean that you are a person who doesn’t like too much attention. Of course, there’s nothing wrong with this. However, you have to learn to deal with it or start doing something that won’t bring all eyes to you.

Fear for one’s life, fear of disappointing people, or the end of a relationship are some of the most important meanings of the dream of being chased and killed.

This dream can also mean that you are haunted by some trauma or anxiety. Finally, if you dream something like this, you may be running away from attention or something inevitable.

If you’ve had this dream or want to share something regarding its meaning, don’t forget to visit the comment section!