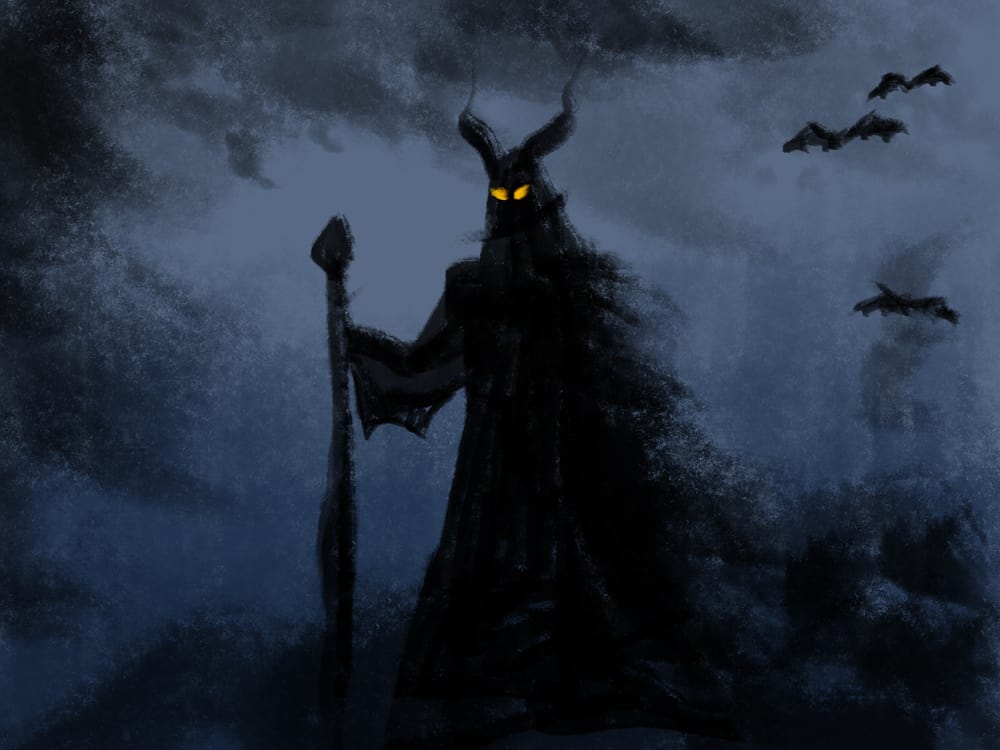 But one thing is certain: dreams can be powerful and often disturbing.

Have you ever dreamt of demons? What does this dream mean? Most would presume they are a sign of evil lurking in our subconscious mind, or they’re just symbolic of our deepest fears. Here are some common themes that often pop up in dreams about demons that you should know about.

In the Western world, demons are often thought of as evil spirits that torment humans. They are often associated with darkness, violence, and chaos. In many religions, demons are seen as evil beings that must be destroyed or banished in order to protect the innocent.

Interestingly, the word “demon” comes from the Greek word daimon, which simply means “spirit.” So, in some sense, a demon is just a type of spirit. However, in most cases, when we talk about demons, we are referring to those that are malevolent or harmful in nature.

Demons can take on many different forms in our dreams. They may be large and menacing or small and sneaky. They can be human-like or have animal features. Sometimes they are even faceless.

One of the most common images of demons is that of a horned devil creature, often with a goat- or bull-like head. This image is likely based on the ancient mythological creature known as the Minotaur, which was said to dwell in a labyrinth deep beneath the earth.

Sleep paralysis is a sleep disorder that can cause individuals to feel like they are paralyzed and unable to move. This paralysis can last for a few seconds or up to a few minutes.

Sleep paralysis is often accompanied by terrifying hallucinations and lucid dreams.  Some research suggests that people who have anxiety or stress in their waking life are more likely to be trapped by that. This makes sense, as our dreams are often a reflection of our deepest fears. So if we’re afraid of something in our waking life, that fear is likely to show up in our dreams. In some cultures, however, sleep paralysis is believed to be caused by demons.

While sleep paralysis can be a frightening experience, it is not dangerous. It is reported to be a symptom of other sleep disorders, such as narcolepsy.

What Do Demon Dreams Mean?

There is no one answer to this question. Dreams are highly personal and can be interpreted in many different ways. However, there are some common themes that often show up in dreams about demons.

1. Symbolic Of Our Inner Demons

We often dream in Rapid Eye Movement or REM sleep, when our brain is most active. Some believe that dreams about demons are symbolic of the negative aspects of our personalities. We all have what is known as “shadow qualities” — those parts of ourselves that we don’t like to admit exist. These shadow qualities may include things like anger, jealousy, and insecurity.

In many cases, our shadow qualities are repressed or denied — but often surface in our dreams, taking the form of demons.

Some believe that by facing our demons in our dreams, we can learn to accept and integrate them into our personalities. This can be a painful and difficult process, but it can also lead to personal growth and transformation.

Another theory is that dreams about demons could signify spiritual awakening. If someone is going through a tough time in their life, they’ll start to experience negative emotions like anger, sadness, guilt, or anxiety. These negative energies can manifest in their dreams as demons.

Some people believe that when we have these kinds of dreams, it’s because we’re releasing built-up negativity. In other words, the demons in our dreams could represent the negative emotions and experiences we’ve been holding onto.

One interpretation of dreams about demons is that they are a sign of internal conflict. We all have different aspects of our personalities, and sometimes these different parts can be in conflict with each other.

For example, you may want to quit your job and travel the world, but another part of you feels obligated to stay at your workplace and provide for your family. This internal conflict can manifest in your dreams as a battle between good and evil or light and darkness.

4. A Warning From Our Higher Self

Some say that dreams about demons are a warning from our higher self. This theory is based on the idea that our higher self is trying to protect us from harm. It is possible that we are being warned about someone or something that could harm us in some way.

If you have a dream about a demon attacking you, for instance, this could be a warning from your higher self to stay away from a certain person or situation.

Some Common Dreams About Demons

1. Being Chased By A Red Demon

One of the most common dreams — usually, the demon is red and has horns, and is trying to catch or hurt you. This can be a frightening dream, but it’s often symbolic in nature.

2. A Black Demon Is Trying To Hurt You

This dream could reflect your feelings of regret that you have in your waking life. Maybe you did something you shouldn’t have, and now you’re feeling guilty about it.

This dream could also be a manifestation of some irrational desires or fears you have. If you have a short temper or some bad habits you’re not addressing, this dream might be telling you it’s time to work on your shortcomings.

If you find yourself chasing a demon in a dream, it’s often an indication that you’re running from something—or someone—in your waking life. This could be an unresolved fear or worry that’s haunting you.

The demon might also represent a person or situation that’s causing you stress.

4. You’re Possessed By A Demon

Being possessed by a demon in a dream is often a sign that you’re struggling with a powerful, negative emotion or addiction in your waking life. This could be anything from anger and resentment to substance abuse or other destructive behaviors.

If you’re getting possessed by a demon in your dreams,  take a close look at your actions and emotions to see what might be triggering these upsetting dream experiences.

5. You’re Fighting A Group Of Demons

If you’re battling a group of demons in your dream, you’re feeling outnumbered or overwhelmed in both your dream and your waking life. This could be due to a stressful situation at work, home, or school.

Alternatively, it could be symbolic of some kind of internal conflict you’re dealing with. Maybe you have different aspects of yourself that are warring with each other, or perhaps you’re struggling to make a decision about something important.

6. You Turn Into A Demon

These are just some of the most common dreams people have about demons. Dreams about demons are often unsettling, but they can be very revealing. If you find yourself having this type of dream, pay attention to what’s going on in your waking life to see what might be triggering it.

When was the last time you had a dream about demons? What do you think it meant? Share your reflections and experiences in the comments below!