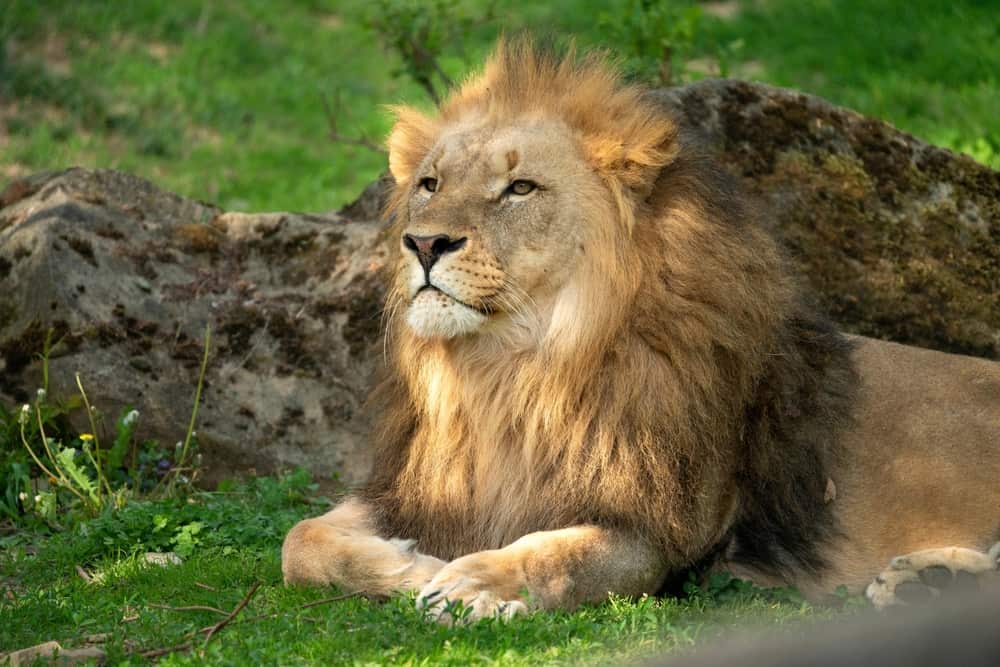 The lion is one of the most powerful and majestic animals in the world. But from afar or when it’s safely locked in a cage. From up close? Well, you might not have such great things to say about it. And if it’s sinking its big teeth and claws into you? The worst and probably the last experience in your life.

Luckily for us, we’re just talking about a dream here. Still, dreams about lions attacking are ugly experiences, even if they last for only a few seconds. Whether it’s an imaginary black lion or an actual specimen like a golden or white lion – it doesn’t matter. It’s all equally terrifying.

But we have to face such experiences. If you’re reading this article, there’s a good chance that you have dreamt about something like this. Even if you haven’t, stick around because you never know what you will dream of next. It’s always good to know the meanings of your dreams.

And what does this dream tell us? Is our present or future really as dark and gloomy as this dream? Should we be alert or in fear? Is there any reason for hope?

What Does It Mean When You Dream Of Lions Attacking?

1. You’re Putting Yourself At Unnecessary Risks

Let’s think for a moment about how we could get the chance to see a lion or a lioness in real life. Well, basically, there are two options: either we would have to go to a zoo or visit them in their natural habitat in Africa.

And how could we get attacked by them? In the vast majority of cases, this can only happen if you enter their cage or go on a safari without a guide or help.

You will agree that both cases are very risky and, of course, unnecessary. But humans wouldn’t be humans if they didn’t do things like these from time to time.

Your dreams of lions attacking you may be a sign that you’re engaging in activities that have similarities with the instances we just described, i.e., you’re putting yourself in inconvenient and unfavorable positions that will inevitably end in your self-destruction.

Are they as unfavorable as a lion chase and attack would be? We aren’t sure; you should know better than us. But what we do know is that your subconscious is tormented by your behaviors, which is why it tried to point out their possible harms in this way. It’s up to you to listen to it or not.

Even if you have never had this dream, you can imagine what it would be like to dream of a lion attacking you. A situation out of which almost no one gets out alive. But the ending is perhaps the least important part here. Moments and images of a lion eating and tearing you apart are terrifying.

So why would anyone have such a terrible dream? One possible meaning of a lion attack dream is that you are tortured by frightening and negative emotions. Fear of death, loneliness, poverty, and worries we have about our loved ones and jobs are just some of these feelings that are an integral part of our existence.

But it’s problematic when these emotions become a part of our daily routine and when they start to run our lives. Sooner or later, they will consume you even when you’re not awake. So ask yourself, are you a person whose thoughts and emotions are often painted black?

3. Big Obstacle Is In Front Of You

If you always focus on the negative, you will think that everything is like that, even when it is not. And nobody and nothing is perfect, so if you look hard or deep enough, you will find a flaw in everything. You can look at this dream the same way or try to take lessons from it.

Yes, you probably woke sweaty after having this dream experience. But you weren’t sweating just because you were scared. You spent a lot of energy and effort fighting that lion. In real life, we do this when we have to deal with hard and scary things, which means that the lion symbolizes some obstacle that you will have to face soon.

And you obviously have a big obstacle waiting for you – as big as a fight with a lion. You must be feeling a dose of fear and nervousness to begin dealing with this difficult situation. But gather courage and go forward. It’s evident that you have no choice.

Not everyone has to like what many consider the sweetest creature in the world. And many don’t. But a lot of people don’t only have a disliking for cats; they’re actually afraid of them. It may sound strange to you, but there is such a thing as a fear of cats called ailurophobia.

People with this phobia are afraid of all kinds of cats – from small street cats to lynxes to big cats such as tigers or lions. To make matters worse for these people, the universal internet popularity of both big and small cats makes it almost impossible to avoid them. You never know where one will jump out from.

So, a dream of a lion attack can mean that your phobia manifests itself even when you’re unconscious.

In one of the previous interpretations of this dream, we mentioned a few cases in which lions could harm and attack you. But those scenarios have a low likelihood of happening in waking life, especially if you behave like a rational person, and therefore shouldn’t also be bothering us in our dreams.

And yet some people happen to receive these kinds of “lion visits” in their dreams. Unfortunately, these are the same people who tend to overthink and can’t control their imagination, especially when it comes to those negative scenarios.

The ability to think about the future is one of the things that makes humans unique compared to other creatures in the world, but sometimes some gifts are curses as much as they are gifts.

A lot of time, people use it to picture what could go wrong. If we add to this our general bias toward the negative, it’s not difficult to conclude why people have these dreams in the first place.

Letting your mind go to dark places and overthink isn’t helping you. So, if this dream continues to bother you, you will have to work on restraining your imagination!

To dream of being attacked by adult lions? Nightmare. To dream that you are “attacked” by baby lions? One of the sweetest dreams you can have. And this dream isn’t only pleasant but also a good sign since your subconscious mind uses it to indicate how you should get more play in your own life.

If you’re an adult, you might be surprised to hear that you should be playing more. After all, that’s for kids, right? But don’t be quick to dismiss play – it’s vital for adults, too, as it helps them relax, work on their imagination, problem-solving, etc.

Unfortunately, we don’t do this as much as we should since when it comes to our leisure time, our go-to activities are watching series and movies, endless scrolling on social media, and using alcohol and other substances.

So take a break from the adult world and everything it brings. Go to find your “lion cubs”: play some sports, video or board games, and engage in fun activities with your friends and family. The possibilities are endless.

7. Someone Is Asserting Their Dominance Over You

The king of the jungle isn’t the only creature who dominates over others. In life, we all meet people who want to show themselves as the best, the strongest, or the most dominant. Some people do it because their profession or environment demands it, but some do it just because they can.

The latter group likes to prey on people they perceive to be mentally weaker than themselves or if they notice that you have some insecurities.

Unfortunately (or perhaps fortunately?), not all of us are endowed with a large amount of self-confidence. That’s why we present easy or easier targets for those who like to assert themselves at the expense of others.

Dreaming that a lion attacks you might stem from a scenario where someone’s attempting to dominate you. It can be physical but also psychological dominance. But, of course, it doesn’t necessarily have to be some kind of abuse – certain people just like to be higher up in the food chain.

You can respond to this aggression as you have probably responded before – with silence and acceptance of your fate. However, you can also try doing something about it. After all, who wants to be repeatedly attacked by a lion?

This somewhat unusual but scary dream has various meanings. For example, it can mean that someone is trying to dominate you or that a big obstacle is waiting for you.

Dreams about lions attacking can also signify that you’re getting into risky situations or having problems with overthinking and other negative emotions and thoughts. Of course, it can also have a simple meaning: you are afraid of cats. Nothing wrong with that.

Finally, this dream could be a sign that you need more play in your life. Don’t forget to comment!