Skip to content
Liquids and Solids » What Does it Mean When an Owl Crosses Your Path? (11 Spiritual Meanings) 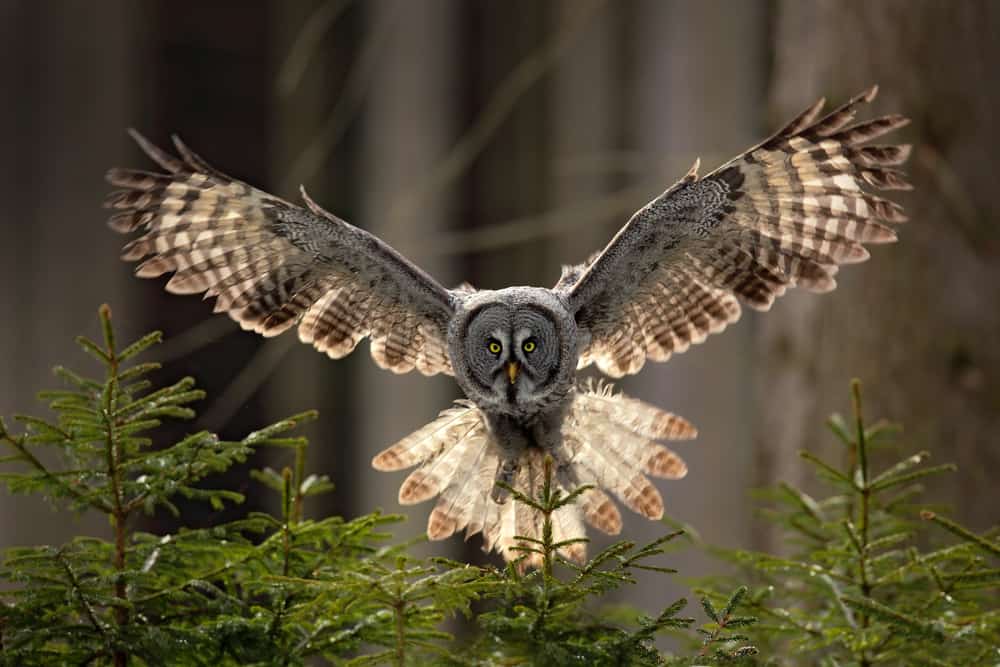 Whether it’s their hunting expertise, haunting screech, or unmistakable beauty and elegance, owls are some of the most fascinating birds in the world.

Seeing an owl is very special for anyone to experience – but does it hold even greater significance than you realize?

Today, we’ll explore what an owl crossing your path can mean for your life. We’ll take a look at the bird’s rich symbolism throughout history and find ways you can interpret its appearance in your everyday life.

Throughout history, owls have stood for many different attributes, feelings, and life events. They’re commonly linked with wisdom, knowledge, creative thinking, and perception. Some mythologies classed them as sacred birds and divine messengers.

Because of their keen senses and instincts, hunters often revered owls. Their ability to hunt troublesome vermin made them a welcomed sight for many civilizations.

As a primarily nocturnal bird, owls could also be seen as mistrustful, mysterious, and ominous. Some cultures closely associated them with death, the traveling of souls, and dark forces.

What Does it Mean When an Owl Crosses Your Path?

So what does an owl crossing your path mean for you? Are they a sign of good fortune or bad luck? Let’s explore their deeper meaning.

1. New opportunities on the horizon

We are all on a path in life, traveling towards one or more destinations. You’ll face challenges, obstacles, and opportunities along the way.

Birds have always been a symbol of changing direction in life, and if an owl passes you, this sign could not be a stronger message that you need a shift.

Perhaps you’re in the middle of a life transition already, like a new job, a new home, a new relationship? The owl crossing your path symbolizes it’s time to take that leap of faith.

Change can be difficult and scary for anyone. But the owl is a confident, strong, and resourceful bird representing learning and wisdom.

Perhaps the owl is reassuring you about this transition. Don’t worry about a new chapter in your life – you will learn to adapt and thrive. The owl is wise, telling you that you’ll succeed in this new venture.

Throughout history, the owl has been closely tied to death, transition and rebirth. As a nocturnal bird, many people believe it is deeply connected to the other world, traveling great distances at the bridge between light and darkness.

The most famous record of this is in Ancient Egypt, where owls were thought to be the souls of ancestors traveling through the night. Egyptians revered them to such a degree that the owl became one of the core hieroglyphics.

Night time and darkness can often be anxious times for us. This is when our senses are dulled and weak. We can’t see the path in front of us. We may feel helpless to approaching circumstances.

But the appearance of an owl crossing your path at night is often a good omen. The owl is a nocturnal animal that thrives in the darkness. Perhaps you’re entering an unknown chapter of your life, which may be confusing and frightening.

The presence of the owl is a reassurance. As it crosses your path, it lets you know it’s here to guide the way. Trust in the owl’s wisdom to navigate the dark. Though you might not see the path now, your intuition will save you.

Owls often sleep during the day; it’s rare to see them flying when the sun is high. Their appearance during this time can be all the more significant.

Quite often, when an owl crosses your path during the day, it’s an omen of good fortune. This rare sight should be reassuring and comforting. The owl is gracing you with its presence, imparting wisdom and clarity.

Think of the owl during the day as a literal wake-up call to your life. It isn’t sleeping. It’s in action. Perhaps you need more of this in your life?

The owl crossing your path in the brightness should reassure you to keep going – you’re on the right track.

5. An owl in flight crossing

There’s nothing more natural than a bird in flight. They are at home when soaring through the air and are natural symbols of freedom and independence.

As the owl flies, it symbolizes your need for a new perspective on things. High in the sky, the owl sees new opportunities. With its keen instincts, it can drop from the sky and attack its prey. Or, it can wait, carefully observing – making a plan. Perhaps you need this in your life?

Attack a problem you are facing from a new perspective. Think creatively– some solution is staring you in the face that you haven’t realized yet. Be patient, and with the owl’s keen wisdom and senses, you’ll come to an answer soon.

A fixed owl that stands still as you cross paths can entirely take on a different meaning. Birds are naturally free in the sky – and one that’s perched or sitting still can often symbolize bad omens.

The owl may tell you that your wisdom is currently clouded. You are stuck. As you cross paths, the road ahead could be unknown, and despite the knowledge the owl represents, you may find the journey challenging. Tread carefully.

Perhaps the owl is a reminder that you shouldn’t rush to action. They spend long hours during the day roosting in the safety of a high tree. Take your time, be more patient, and plan accordingly.

Type of owl that crosses your path

Like any animal, the type of owl that crosses your path can have different spiritual meanings, especially in different cultures. Let’s take a quick look at the most common:

The barn owl is perhaps one of the most successful predators in the wild. It has incredible hearing and eyesight, even at night, and can dive on prey with astounding precision.

As such, barn owls have always been a natural symbol of survival, perseverance, and discipline. The sight of a barn owl asks you to observe problems before acting. Your time will come. Don’t rush into anything before you know all the facts.

The barn owl also symbolizes vitality. Some species are known to live between 18-34 years in the wild, which is incredibly high for birds of prey. Take their appearance as a good omen for your health and wellbeing.

In Celtic mythology, however, barn owls were symbols of death. The Irish word for them, ‘scréachóg reilige,’ translates as ‘screecher of the cemetery. If the barn owl is howling, this could indicate that a transition in your life is close.

Despite its name, the little owl is a bird of incredible significance. Nicknamed the owl of the goddess Athena, they’ve been symbols of knowledge for centuries.

Ancient Greeks used to release these birds throughout their armies at war to represent Athena’s ‘blessing.’ A little owl crossing your path can be an omen of incredible fortune. You are blessed with intelligence and clear insight into the times ahead.

Similarly, Ancient Romans worshipped the little owl alongside Minerva, the goddess of wisdom. They represent wisdom, justice, and law. Owl feathers were thought to draw out a person’s innermost secrets – perhaps the knowledge you receive will reveal something shocking about someone in your life.

The snowy owl is one of the few owls that hunt during the daytime. As such, they are symbols of individuality, uniqueness, and free-thinking. Seeing a snowy owl cross your path may be a warning to start marching to the beat of your drum and do things for yourself.

As a white owl, they can also mean purity, light, and innocence. Snowy owls are also masters of camouflage and are incredibly difficult to spot against snow. This makes them powerful guardians and are a strong symbol of protection.

As one of the most common owls in North America, the great horned owl is often used in many TV shows, films, and books as the standard ‘owl.’ But this bird has several different meanings and symbolisms.

The great horned owl is an ambush predator and seeks to take action at the right moment. Seeing this owl across your path strongly conveys that you must become more decisive and proactive.

That said, the great horned owl is often considered a bad omen. In several Native American tribes, these owls were thought of as shapeshifters, incredibly powerful, representing restless spirits. Perhaps you, too, are unsettled right now? Maybe it’s time to ‘shapeshift’ into something new?

For nocturnal animals, the owl often has shades of black and dark brown on their plumage. Black or dark animals are often a symbol of our subconscious thinking. They can also symbolize secrets, mystery, and protection.

But what if you see an exclusively black owl? These owls can often signal you’re hiding something, even to yourself.

Owls are spectacular birds for many different reasons. Their appearance in your life, whether in the wild or through a dream, is hugely significant.

They often herald blessings of knowledge and clear-thinking. As agile hunters, they also reward quick-thinking and fast reflexes.

But no one can deny that the owl ultimately symbolizes change. No doubt, there is a change, transition, or rebirth in your future. But with the owl’s keen wisdom, you’ll be able to take full advantage of the opportunity!

1 thought on “What Does it Mean When an Owl Crosses Your Path? (11 Spiritual Meanings)”