Skip to content
Liquids and Solids » What Does it Mean When it Rain After Someone Dies? (11 Spiritual Meanings) 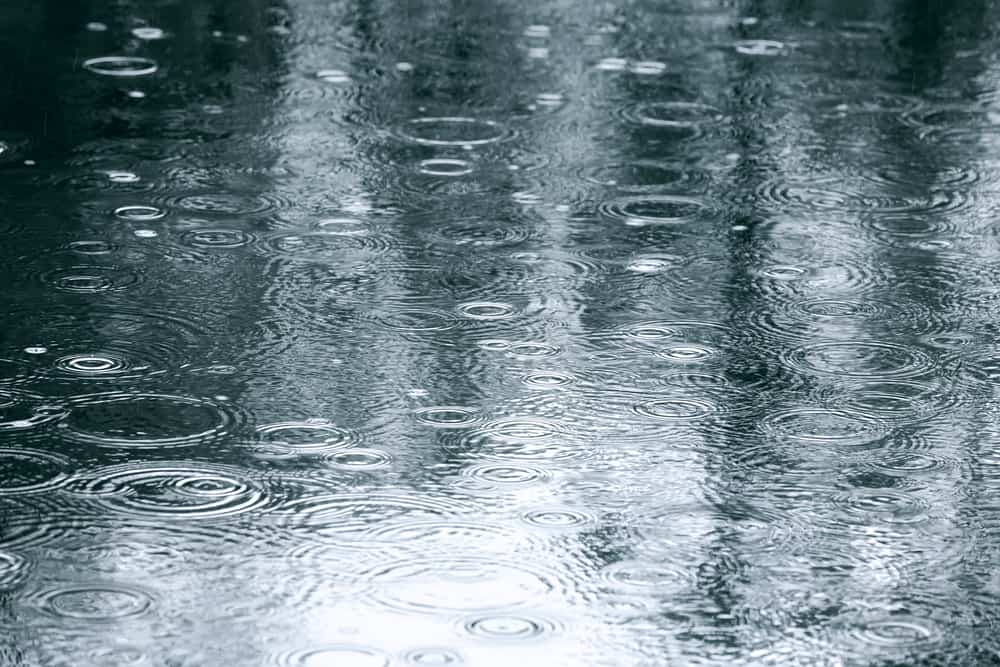 It’s a sad day when someone dies, and it can be made even sadder if it rains. While not necessarily a bad omen that brings bad luck, rain inherently carries feelings of depression and sadness, which aren’t welcomed during the grieving process.

In this article, we’re going to take a look at the spiritual significance of rain, analyze this potent symbol and its meaning in mythology and religion, and then share several interpretations of what it means when it rains during a burial.

The Symbolism, Myths, and Superstitions of Rain

Before we explore what it means when it rains after someone dies, let’s take a look at the symbolism of rain and how it relates to death. Understanding the symbolic meaning of a certain thing is the first step to interpreting spiritual signs of them occurring.

Since the earliest days of humanity, the rain was associated with fertility. It’s only natural, as rain helps the crops grow. As a result, nearly every culture in the world has worshipped rain deities, some of which were also seen as gods of fertility.

In many cultures, the rain was also associated with sacrifice. Nearly every belief system in the world uses sacrifices to satisfy gods. Be it crops, animals, alcohol, gold, or in more sinister cases people.

Most of the time, one of the main blessings people expected from their sacrifice was rain. It’s because rain helps to grow crops and quench the thirst of people. Hydrated humans can attend to the crops and harvest more of them, which in turn allows them to keep making sacrifices and worship the gods.

3. The Holy Ghost, the Grace of the Divine

In Christianity, rain is associated with the Holy Ghost, which embodies the spirit of God the Father, and everything good that comes from it. Rain is also a reminder that we are cleansed from the original sin and that our souls are rejuvenated by the blood of Christ who sacrificed himself for our sins

In the Bible, there are many verses showing the importance of rain and how it’s connected with the divine. For example, here’s a verse warning Israelites who have entered a sinful relationship with Canaanites:

“Take heed to yourselves, that your heart be not deceived, and ye turn aside, and serve other gods, and worship them; and then the LORD’s wrath be kindled against you, and he shut up the heaven, that there be no rain, and that the land yield not her fruit; and lest ye perish quickly from off the good land which the LORD giveth you.” (Deut. 11:16-11:17)

In certain Buddhist and Hinduist sects, there’s a belief that a rainbow is a sign that someone has achieved Nirvāṇa, or the highest level of knowledge, awareness, and mindfulness. It’s also connected to the rainbow body phenomenon, where the bodies of recently deceased monks that have attained a high level of spirituality would vanish a few days after death.

This disappearance of a body would be followed by a rainbow, and as we know, rainbows can only occur during or after rain. There are also many superstitious beliefs around the world that a rainbow spanning above a house is a sign that someone living in that house is about to pass away.

In Islam, there’s a prayer called ṣalāt al-istisqa (صلاة الاستسقاء), roughly translating to “rain request prayer”. Muslims believe that during extensive droughts, you can say a prayer and ask Allah for rain, resulting in the breaking of a drought. It’s believed that Muhammad, the messenger of Allah, and the main prophet of Islam, was the first to use the prayer.

Rainwater was extremely important to Islamic cultures that mainly inhabit the Middle East, a region with arid and hot weather patterns.

What Does It Mean When It Rains After Someone Dies?

Now we can take a look at several prevalent interpretations of rain after someone passes away.

1. The Angels are Crying and Grieving

When it rains after someone dies, some people believe that it is the tears of God or the angels who are crying for the person who has passed away. The rain can be a sign of the grief and sadness that the angels feel at the loss of human life.

That’s why rain can be a reminder that we are not alone in our grief, loss, and pain, and that even God and the angels mourn for those who have died. As a result, you should never feel embarrassed or ashamed of the feelings and emotions you’re going through after the death of your loved one.

Rain, during the burial, can be a good omen from the spirit world or above that the person who has died has been accepted into the afterlife.

Depending on your religion or spiritual practices, it could mean that the person has been accepted into Paradise, Heaven, the Kingdom of God, or has escaped the cycle of rebirth and become a part of the universe.

3. A Reminder That The Life Goes On

For many people, the rain is a reminder that life goes on. No matter how much we may want to hold on to our loved ones, death is an inevitable part of life. The rain can be a symbol of the cycle of life and death.

It’s a reminder that we must all eventually face death. Just like rain is an inescapable part of nature, so is death. It’s always going to rain, and people are always going to die. However, by no means does it make life not worth living. Death is just a new chapter of life, and it requires your acceptance to be fruitful.

Instead of being corrupted by depression, unhappiness, and immense pain, take this moment for introspection, and consider your past behaviors, current emotions, and think about how can you use this new beginning to improve yourself and the daily lives of those around you.

Rain during the funeral can make paying respect and farewell to the deceased that much more beautiful. It enhances the bittersweet feeling of disbelief, loss, and grief, which should be taken in full, instead of ignored or denied.

The process of grief is important to healing. Just for an example, imagine getting cut and taking care of a wound. We allow the blood from the wound to clot and later turn into an ugly scab, which protects it from losing blood or getting infected. It takes a long time and doesn’t look nice, but is essential for the wound to heal.

If we do the opposite, and constantly pick at our wound and remove the scab, we leave the wound open and vulnerable to getting an infection and becoming much worse. In the best-case scenario, it will take that much longer to heal.

It’s the same with grief. If we don’t embrace the tough times and allow the ugly feelings of loss and pain just to be with us, and try to remove and escape from them, our grief will last that much longer. We will require a much longer time to process the death of our loved ones.

5. Rain During Funeral – A Good Omen

During the Victorian Era in the United Kingdom, people believed that rain in cemeteries during a funeral procession is a good omen. Some believed that it means that the person was accepted to Heaven, others that it’s a sign meaning no one in the deceased’s family will pass away soon after, or that rain follows the cleansing of the soul of the deceased.

In general, Victorians believed that rain after someone dies is a sign of good luck. Additionally, during this era, there was a belief that people who pass away with open eyes are afraid of what’s waiting after death.

To relieve the deceased from fear, people had a funeral tradition of shutting the corpse’s eyes close. They would do it by placing coins on the eyelids of the deceased before the physical body became affected by rigor mortis. Rigor mortis is a natural phenomenon where the muscles of a corpse become stiff, making it nearly impossible to change its position.

6. Thunderclap – Someone Will Die

In Ireland, it’s said that a rumble of thunder in winter is a sign that someone within a 30-kilometer radius (the radius varies from region to region) will pass away in the following months. Some say, that specifically, the most important person living within that radius will die.

Death brings atmospheric shifts in every family it affects. However, it’s a part of life, and we should accept it, instead of trying to run away from it. Rain during a funeral is generally a good sign, indicating that the deceased is heaven-bound, and prepared for the afterlife.