Skip to content
Liquids and Solids » What Does It Mean When The Sky Is Pink? (9 Spiritual Meanings) 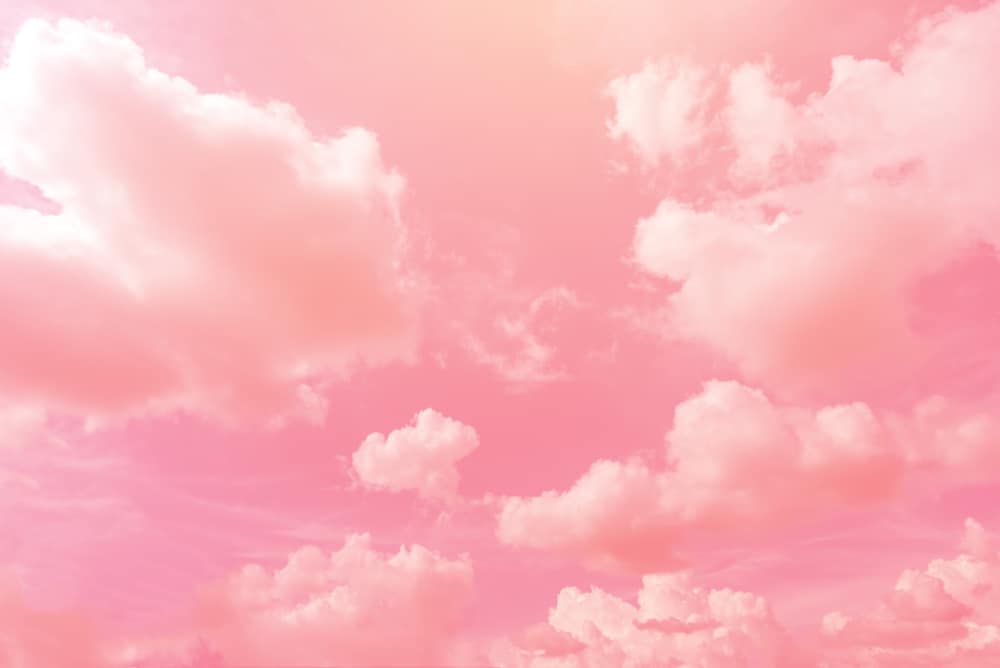 Sunsets are beautiful, especially when it’s one that you see at the end of a long day. Certain sunsets and sunrises tend to have a remarkably pink hue to them that almost feels like it’s trying to tell you something.

If you’re curious about what the meaning of a pink sky is or what omen it could bring, you’re not alone. People have been discussing it for centuries! Let’s take a look at what this sky color means according to spiritual guides.

What does it mean when the sky is pink?

Believe it or not, FutureScienceLeaders suggests an old forecasting legend might have more proof than you think. It deals with an old saying that was partly derived from a passage in the bible relating to a red sky.

What saying is it, you ask? The classic (and also bible-derived) saying about pink skies goes as follows: “Red sky at night, sailor’s delight, red sky at morning, sailor’s warning.”

If you see a pink sunset, chances are that you will have decent weather in the morning. There is little scientific evidence to suggest that pink sunsets reveal something about high pressure being present in the area, which bodes well for sailors.

The other part of the old saying makes a point of warning you that red weather in the morning means that low-pressure systems might be messing with the blue light in the morning. As a result, you might see bad weather the same day.

The high-pressure systems that would have made the setting sun look pink have passed to the East if you’re seeing a pink sky in the morning. This means lower pressure could be heading your way.

Watch to see if you start noticing higher humidity, the sky’s color darkening, or water droplets in the distance, batten down the hatches. That’s a classic sign of a storm. Oddly enough, this old saying was fairly reliable as long as your weather moved from West to East.

3. There is a significant fire off in the distance

Perhaps one of the most disturbing things to see in the sky is a sun that’s bright pink, surrounded by greyish pink clouds. It’s scarce, but it has happened in the recent past in the United States.

Unfortunately, the meaning behind seeing the sky darken into a pink hue is a sign that a massive fire has kicked off nearby. During the California forest fires in 2017, the sky turned pink (or orange) due to the way the smoke interacted with the angle of the sun.

If you notice a pink haze over a city, it could be a high concentration of dust particles, like what you see in smog. Air pollutants can cause this. However, if the sun turns pink and the sky’s dark, it could be that you should watch for wildfires nearby.

4. It can also symbolize joy, romance, and new beginnings

While pink skies have been regularly used to predict the weather before, the truth is that there is more to the meaning of pink skies than just worrying about typhoon season or an approaching hurricane.

For example, just seeing pink clouds could have a more spiritual meaning. If you see the sky light up in a blaze of pinks, then there could be good news up ahead. Pink is a color that represents joy, love, and rebirth.

If you take a look at certain spiritual sites, you might see a little romance in your future. Seeing random pink clouds often means that the universe is sending you a heads-up about new, joyous starts.

5. You may desire to have support in your love life

In most situations, people tend to think of seeing a pink sky as a way to determine the weather coming up to your area. However, this isn’t always the most common way to see a pink sky in your dream. (After all, who’s there to see morning sunlight, anyway?)

Dreams can also have pink skies, and what it means in a dream can be quite different from seeing it in person. A dream about a pink sky tends to denote that you want to see more stability in your life, especially in the romance department.

Do you truly feel secure in the way your love life is going? If not, then your dream suggests that you’re secretly yearning for a better, more supportive partner in your life.

6. You’re on the brink of a major change in life

Dreaming of pink skies doesn’t always have to mean that you’re struggling in love. The color pink’s known for being tied to rebirth and springtime. Those are elements that suggest change, and big change, at that!

Unlike seeing the pink haze of smoke from a terrible forest fire, dreaming of pink clouds tends to be a sign that you are gearing up for a different direction in life. This isn’t a bad thing in most cases.

An example of a change foretold by a pink sky dream would be moving to a nicer apartment complex, or starting a brand new job. It’s a new journey on the horizon, so expect to see life pick up pace in the near future.

Just remember, life may be ready to give you what you’ve been yearning for. However, you still have to act to get that change you’re hoping for. Don’t be too passive, here!

7. Insecurity has been plaguing your mind

Another frequently-cited meaning of a pink sky dream deals with the state of your mind during your waking time. While pink can be the color of femininity, love, and freedom, it also can be an indicator of needing more self-love in your life.

Insecurity, particularly when it comes to your love life or feminine appeal, could be indicated by a dream with a pink sky. Are you feeling unattractive or unlikeable? Pink skies in a dream could mean a need to feel more centered in who you are.

Women who dream of pink skies associated with negative dreams might be in a situation where they don’t feel feminine enough. Have you recently been told that you aren’t “girl enough” to hang out with a crowd? This might be what the dream is referencing.

Thankfully, getting this meaning from a dream with pink skies is not a bad omen. Rather, it’s your brain saying, “Hey, you’re in need of some serious self-care!” Doing some self-esteem exercises can help you feel more grounded in yourself.

8. War, bloodshed, and fighting might erupt in your life

If you are a fan of Islamic Dream Interpretation, then you might be surprised to hear that a dream about pink skies isn’t too rosy. In this interpretation, a dream of a red sky or pink sky means that you’re going to see war or bloodshed up close.

With that said, this interpretation can be a bit loose depending on the full span of what you dream. For example, if you live in an area that is known for high crime rates, the “war” could be a “war” on crime or a gang war.

On the other hand, it could also mean that the “war” might be more of a fight that you see on TV that happened near where you live. In some cases, the bloodshed could even mean a scuffle in a bar fight. It doesn’t have to be war in the typical sense of the word.

9. Or, you could just be looking at a pink sun during the morning or evening

Heading back to see a real pink sky, let’s talk about what seeing a pink sun means. If it’s during sunrise or sunset, it’s simply because the light from the sun has a longer distance to travel. The pink you see is what’s left after the scattering of light by the atmosphere.

Have you seen or dreamt about a pink sky recently? Hit us with information about your experience below.