Skip to content
Liquids and Solids » What Does It Mean When You See A Fairy? (9 Spiritual Meanings) 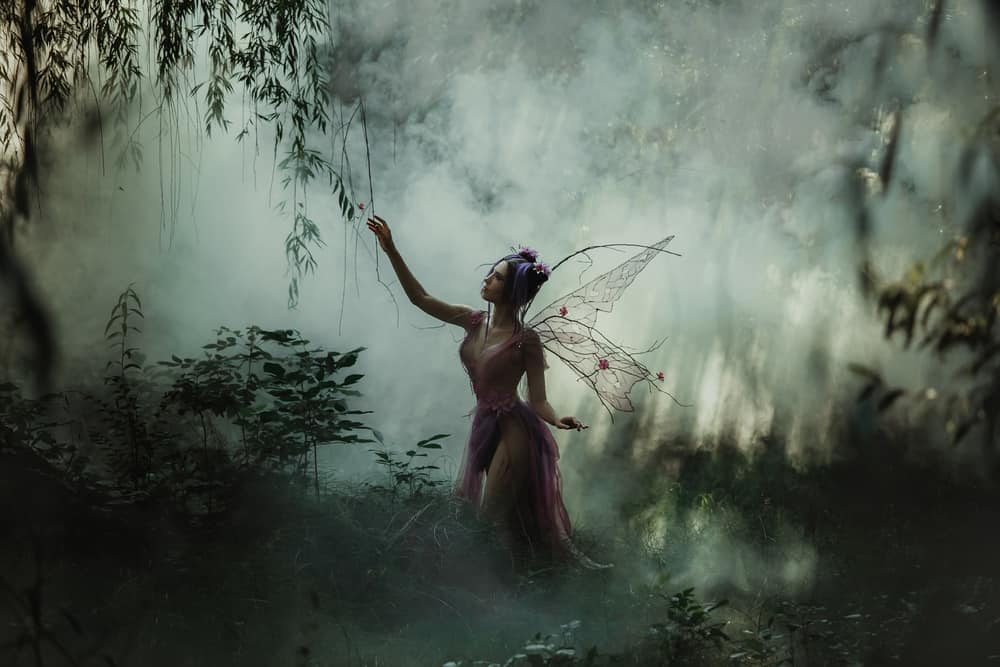 Since the beginning of time, people have always relied on the supernatural to answer all of life’s mysteries. In many cultures, the fae (or faeries) were associated with linking our world with that higher power.

Faeries are powerful beings and have been celebrated and feared in equal measure. Some are worshipped as deities and stand for good fortune, protection and healing. But some have earned a reputation as tricksters and evil-doers who spread chaos and mayhem wherever they go.

So if you see a fairy, no doubt you’re curious to know if it’s a good or bad thing in your life. Today we’ll explore what a fairy in your life means and how you should interpret their appearance in your everyday life.

9 Meanings of Seeing a Fairy

1. You will receive good luck soon

The earliest records of fairy date back to the 13th Century, and ever since, many people have seen fairies as omens of good fortune. People build small sanctuaries for fairies, including tiny houses and gardens, to entice them to visit their homes and take up residence.

If you’ve seen a fairy at your home or feel its presence linger, this is a positive sign of good luck – and you need to embrace it quickly. The fairy has found refuge in your home and will no doubt repay your kindness.

You’ll have a spring in your step as the watchful eyes of the fairy will ward off danger and reveal ample opportunities to you each day. Creating a special place in your home, such as in your garden, can let the spirits know they are welcome to stay.

2. You will receive the gift of protection and safety

Many pagan cultures worshipped fairies because they believed they were powerful old souls of the earth who could keep them safe from evil spirits.

In Celtic mythology, fairies came from the supernatural race called the Aos Sí and were either fallen angels or gods and goddesses in their own right. Worshippers would provide offerings to the fae outside their homes to appease them. In return, fairies would bless their houses with protection.

If you feel the presence of a fairy and want to channel this source of protection, leave a small offering outside; a small piece of food, jewelry, or some picked flowers.

By doing this, you’re signaling to the fairy that you’re inviting them into your life. This gesture ensures you will have watchful eyes over your home for some time.

3. You must respect your natural environment more

In several mythologies, fairies are the world’s gatekeepers. Any attack on nature offends them greatly. If you sense the presence of a fairy, you are being watched. Your actions have both consequences and rewards.

Be kind to nature, and you will surely appease them. This can be seen clearly in European folklore, surrounding specific landforms like fairy rings and natural features like forests, ponds, and solitary trees.

When people entered fairy rings, they believed they could enter into an eternal dance with elves, leading them insane. It was best to avoid such areas.

Similarly, trees like the hawthorn were fairy homes. If someone cut one down, they would be cursed for eternity with bad luck and misfortune by the revenge fae. In short, don’t disturb natural landforms. Respect nature, and try to enhance it by growing more flowers and plants.

4. You will gain valuable wisdom, insight, and inspiration

Some fairies are potent symbols of knowledge, understanding, and coming up with new ideas. In Scandinavian folklore, dwarves were expert smiths who could fashion a weapon out of anything.

They were also very generous but easy to offend and bore grudges against those who disrespected them. Furthermore, dwarves preferred to live in solitude in the mountains.

If you see a dwarf, you will undoubtedly come to some great affinity over a problem. But you may only draw this conclusion by reflecting on your own company. Keep your thoughts to yourself, and you will surely come up with answers.

5.  You’re blessed with fertility and commitment

In several mythologies, water sprites and water spirits are closely linked with innocence, purity, and virginity. In Greek mythology, the goddess Artemis was surrounded by an army of nymphs. Artemis asked Zeus to bless her with eternal virginity to protect her from distractions. As such, nymphs have always been symbols of purity.

If you see a water fairy, like a nymph, this can be a potent blessing that you will find true love, a faithful partner, and, if you’re trying to conceive, you will have a safe pregnancy.

Additionally, nymphs often tended to local plants, animals, and forests. As such, they represent Mother Nature, fertility, and earthly values. By honoring your local environment, you, in turn, can increase your fertility tenfold.

6. You will come into small money

One of the most famous fairy tales from childhood is the tooth fairy. This little being would take away fallen teeth and exchange them for money. This myth stems from Norse mythology, where children’s teeth were said to be good luck and would be hung on a warrior’s necklace to aid him in battle.

As such, the belief in teeth fairies can give you a slight increase in luck and money. Perhaps you have a child in your home who recently lost their baby teeth.

By practicing the belief of the tooth fairy, you may invoke its ancient powers by honoring the tradition of money. In turn, the tooth fairy may reward you handsomely with good luck, good fortune, and perhaps a small cash bounty.

7. You may be faced with temptations – resist them

Some faeries are, of course, associated with trickery, mischief, and negative attributes. Throughout history, they often took the form of goblins, leprechauns, and mischievous gnomes.

In William Shakespeare’s play Midsummer Night’s Dream, the principal villain is the fairy Puck, who misleads characters, frightens them, and shapeshifts to play pranks. In Celtic folklore, leprechauns lured greedy people into danger with the promise of gold.

Taking these symbols to heart, we can appreciate that not every fairy has the best intentions. Pay close attention to any temptations that may enter your life in the coming weeks – if it’s too good to be true, it probably is. Resist, stay humble, and the fairy will no doubt become bored and move on from you.

8. You will achieve great things

Modern interpretations of fairies can offer valuable insight into how these mystical beings work. After all, every good story has been inspired by some early belief.

In many Disney films, for example, fairies are the heroes. In Cinderella, for example, a simple flick of a magic wand by the fairy godmother utterly transforms Cinderella’s life. Similarly, in Peter Pan, Tinkerbell created pixie dust from her wings, allowing other people to fly.

Channeling these positive motifs and seeing a fairy can herald seismic changes in your life. No, you will not gain the ability of flight – but with an open mind, you can achieve much greater things than you thought possible.

9. You may be put in danger

Some fairies revel in putting humans in danger and cannot be trusted. But there are several protections you can instigate to ward them off and send them on their way.

For example, trolls stem from Norgewian folklore and are often considered dangerous, destructive, and untrustworthy. Though slow and dim-witted, they would ambush people by pretending to be rock formations.

But trolls were driven out by loud sounds, and legend says the spread of Christianity, including the ringing of church bells, drove them away entirely. If you see a terrible fairy like a troll, placing noisy items like wind chimes, bells, and rattles around your home should expel them.

Similarly, a changeling is a malicious fairy that imitates a newborn baby. If you happen to see a fairy and have a small child, placing holy artifacts around your home and the child’s room will ward them away.

We often think of fairies as cute, delicate, and whimsical creatures. But throughout history, they have been worshipped and revered for their magical power and natural charm.

Folklore shows that good fairies can bestow you with several gifts, boons, and miracles, helping you through any of life’s challenges. Evil fairies can be just as potent, cursing you with bad luck and pranking you endlessly.

You must approach them with an open mind if you see, sense, or dream of a fairy. Most will respond positively to offerings, a safe space to live in, or treating nature with respect. In doing so, you stand to make some powerful new friends with these magical creatures.