Skip to content
Liquids and Solids » What Does It Mean When You See Triple Numbers? (10 Spiritual Meanings) 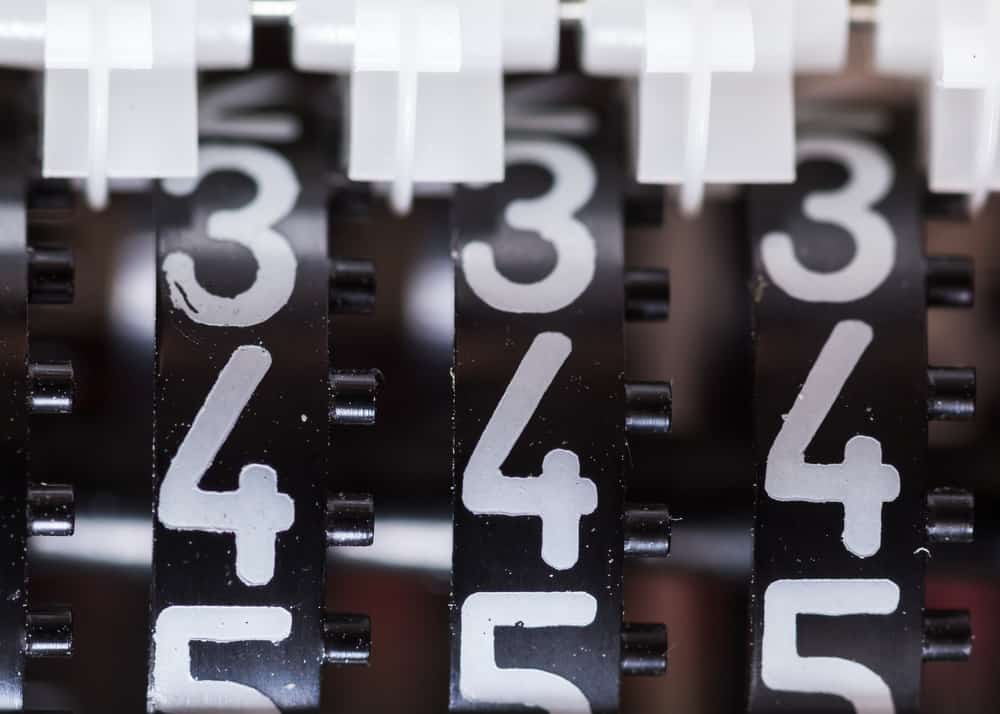 There are many reasons why we see triple numbers. Pop culture has primed us in some ways to recognize triple numbers and their significance. There is nothing to wonder about when we see 666 for example — we are meant to infer straight away that the numbers denote something dark and evil.

However, there’s a lot more behind the study of numerology, and it’s a far more complicated endeavor than it initially appears. It’s less woo-woo easy to dismiss spirituality, and more a specific way of understanding the world and the symbols you run into on any given day.

What Are Triple Numbers?

You may be wondering exactly what we mean when we say that we are seeing triple numbers. Basically, this is any time we see the same number, one after the other. It can happen anywhere: you can see it on the door of a hotel room you’re about to use, as the call number on the spine of your local library book, on a license plate, on a gigantic billboard staring at you as you drive past on the highway, or even as part of a mailing address.

Maybe these numbers are a coincidence. But more often than not, they are messages from the universe and a way to tell you what is about to happen — both good and bad.

That being said, there’s a lot that goes into their readings, and you can easily mix up signs and misunderstand what is happening. You need a certain level of knowledge and yes, even expertise, to get the hang of interpreting triple numbers.

Here are a few tips to help you get started.

Numerology is a complex study and there are many details that go into it. However, one thing you definitely need to know is that the study of triple numbers essentially amounts to the study of “angel numbers.”

Any number that is repeated in a sequence, is generally referred to by this moniker – or, as triple numbers because people have long believed that angels try to communicate with humans in the form of triple digits, and send them secret messages that way. That could be a huge source of comfort for many of us who sometimes feel alone and abandoned by the world at large.

Even if you don’t believe in angels in the Judeo-Christian sense, you may be open to the idea of spirits looking down on us, gently guiding mortals through the maze of contemporary life.

For many, the appearance of triple digits represents as much. So, let’s move beyond what pop culture shoves down our throats about this, and learn more about the meanings behind certain angel numbers.

What Does It Mean When You See Triple Numbers?

Triple ones are as good a sign as any. It means that you are listening to your intuition and recognizing its considerable gifts, and taking it seriously. You’re not allowing any preconceived notions set out by society, your insecurities, or anyone else to play your game.

You are doing the right thing by taking your gut feelings to heart and letting them function properly. Basically, you’re on the right path, and the universe is letting you know that you’re doing a great job at this thing called life.

This triple number is one of the most important messages you will receive. Did you start something and didn’t give yourself a chance to finish it? Whether it was an art project or you dropped out of college and always regretted it, seeing 222 is basically a way for the universe to let you know that you should feel comfortable embarking upon whatever mission you didn’t finish the first time around.

If you’re the type who often buries their emotions and doesn’t listen to the quiet whispers deep in their soul, then don’t discount what this number is trying to tell you when you see it.

This sequence of arguably everyone’s least favorite odd number is basically a warning from the universe that you’re ignoring your needs, and not putting yourself first.

Maybe you need to stop skipping meals and working yourself to the bone. Or, maybe it’s time you overcome avoidance behaviors and go to the doctor, for instance.

Basically, this number is a way of urging you to slow down and start paying attention to your capacity and overall health.

Have you ever had one of those weeks where you feel that you’re being tested left and right, and you’re getting mixed signals from everyone?

Perhaps you can’t take a break, and you wish you could just rest for a bit —maybe even quit whatever it is you’re doing even if you actually love it, or recognize that it’s good for you.

444 is the universe’s way of giving you a much-needed dose of optimism, or perseverance. It’s telling you to keep going and not give up. You’re doing good work, and can soon achieve success in this aspect of your life.

If you see these numbers, then get ready! This is a strong spiritual message that you’re about to undergo a major transformation in your life.

Perhaps it will be a moment of renewal, or you might embark upon a new adventure: you might be getting ready to move or will be offered a new job.

It’s usually a positive shift, so don’t worry if you see this sequence.

This, of course, is well known as the mark of the devil.

In reality, it’s the universe’s way of letting you know that something is afoot. It may be that you’re ignoring the right path and not listening to your inner voice and becoming more materialistic or power-hungry.

You’re letting in the wrong forces in your life, so it’s time for you to pause and take stock of what is happening. You may need to switch gears entirely and begin making amends with yourself and others if you’ve hurt them badly.

Lucky number 7! Seeing three sevens in a row is extremely fortunate, and is perhaps the most positive sign the universe could give you.

It is a way of letting you know that you’re doing an excellent job, and that good things are coming your way — especially if you continue on the path you’re on. So, whether you need confirmation that you’re on the right path or a sign that something good is coming your way, look out for this triple number!

This is another fairly positive sign and offers a fair amount of insight.

If you see the triple number 888, you should expect a windfall of sorts, which might be extra comforting if you’ve been struggling financially for quite some time. The universe is trying to let you know that wealth is within your grasp — or at least a positive change in your financial situation — if you continue to work hard.

Sometimes all you need is a nudge, an indication that all your hard work will eventually pay off, and that you can achieve a modicum of financial security.

You won’t be coming across this specific number often, but if you do, know that it is generally a positive message — one full of deeper meaning from the universe that a chapter of your life is about to end, and that you’ll be embarking upon another soon.

It’s a clearcut sign that you’re on the right path, and even if things seem a bit painful or difficult now, you’re basically making all the right moves.

If you feel that you need a spirit guide, and you’re not sure how then pay attention to this number and the guardian angels trying to deliver the message.

Alternatively, seeing 999 is an indication that it’s time you let go of the past — if there are negative emotions associated with it, it’s ok to let go and not let it haunt you anymore.

Everyone needs this gentle reminder from time to time, so this is a good one to keep in mind, regardless.

Seeing these numbers and paying attention to the messages they may be trying to convey, and their manifestation is sometimes hard. You could be running around, busy, not really wanting to see what the universe wants to say at any given moment.

Our anxieties and insecurities have a way of bubbling over and making it hard to see precisely what’s staring us right in the face. Then again, if it were easy to see these signs and understand them right off the bat, we would be a lot less lost as a species.

However, once you open yourself up to the possibilities, you’re bound to see triple numbers everywhere around you, and you should feel confident in knowing how to interpret them.

What number keeps popping up in your life? Let us know in the comments!