Skip to content
Liquids and Solids » What Does It Mean When Your Lefe And Right Eyebrow Twitches? (11 Spiritual Meanings) 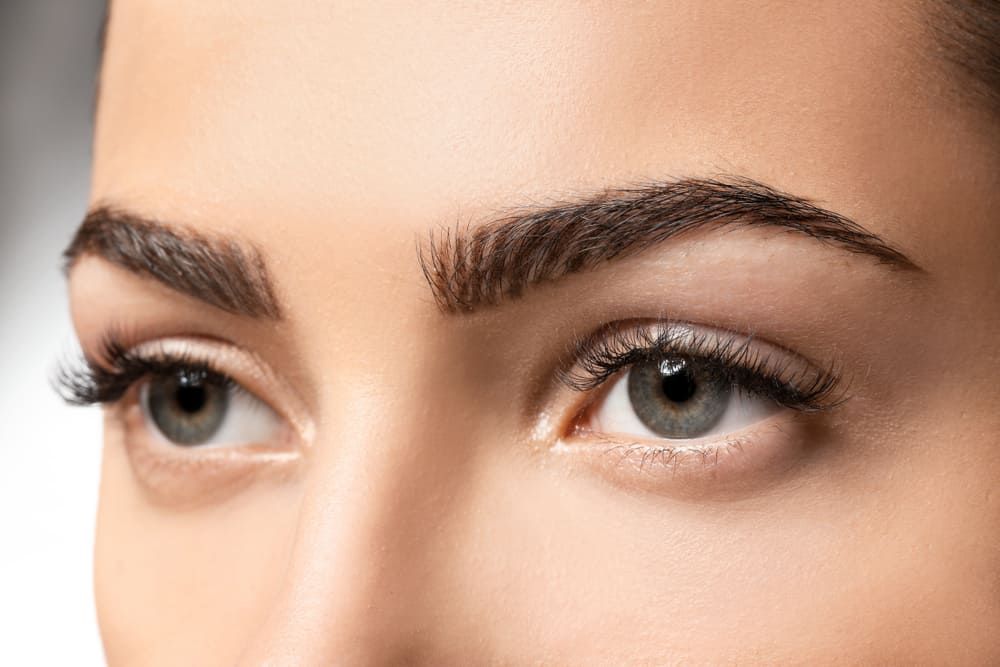 Imagine the following scenario. You’re in the middle of a meeting and then your eyebrow starts to twitch. It happened all of a sudden, and you can’t help but wonder if it is a bad omen for the meeting ahead. Does that eyebrow twitching mean more than you expect it to?

Everyone has had a moment where their eyelid twitches. This is a phenomenon that has tons of myths associated with it around the world too. What the spiritual meaning is behind a twitchy or jumpy eye can change depending on the culture you come from, too.

This is one of the most hotly contested phenomena in the spiritual world. Did you ever wonder what it could mean? We did the research to find the most common meanings behind it.

Your Left Or Right Eyebrow Is Twitching: What Does This Mean?

1. Your eyebrow twitching might mean that you are physically stressed and unwell

Before we get into the spiritual side, it’s important to remember that there is often a medical side to this that is worth looking into. Your eyebrows are controlled by muscles in your face, and that means that muscle spasms can cause twitching pretty quickly.

Everyone can have involuntary movements in their muscles, and this can have many medical reasons. Most commonly, it’s due to stress, too much caffeine, or even withdrawal from alcohol. If you’re feeling fatigued, drop the coffee and get more sleep.

If your eyes are also twitching, then it could be a matter of allergies. It can also signal something a bit more dangerous (like a stroke or MS), so don’t be afraid to reach out to a doctor if your twitching doesn’t go away or starts appearing alongside other issues.

In the vast majority of cases, people can usually find a reason why their eyes are twitching by simply looking at their caffeine intake, alcohol intake, or stress levels. If you can ascribe your twitchy brow to a medical and mundane reason, chances are that it doesn’t mean anything.

2. You might get very good luck or very bad luck, depending on your gender

There are tons of different beliefs surrounding eye twitching, and what different cultures say about it can vary widely. So, it’s important to remember that many of these spiritual meanings may end.

Eyebrow twitches are some of the few superstitions that are highly gendered in different cultures. Having a right eyebrow twitch is a good omen for males, but a bad omen for females. This is commonly believed in India.

On the other hand, if you are female and you have an eyebrow twitch on your left side, you get good luck. It’s the right eyebrow that is considered a bad omen for women.

3. A twitch in the right eyebrow is often linked to the good news

Though there are a ton of cultures that tend to view a twitch in the right eyebrow as a gendered superstition, some cultures have it as a sign that works regardless.

In Europe, Asia, and North America, you might want to get ready for some good news. A right eyebrow twitch may mean that good fortune is on its way. More specifically, a right eye twitching is a sign of good fortune in the finance department.

In Nepal and select parts of India, this means that money will come to you fairly quickly.

4. Sometimes, the twitch of a right eyebrow is a warning of bad times to come

Angelical Balance noted that many cultures tend to see a right brow twitch as a bad omen, despite many sources claiming it to be a source of good fortune. If you believe this particular superstition, buckle down. Tears and tribulations are coming your way.

The Chinese also believe that a right eyebrow twitch suggests that bad things are happening in the world around you. This could be anything from a storm that harms the local infrastructure to an attack.

5. If your left eyebrow twitches, you might have bad news on the horizon

In most parts of Europe, North America, and Africa, you don’t want to have your left eyebrow twitch anytime soon. Cultures in all of these regions tend to view left brow twitches as a bearer of bad new for the person whose eyes are twitching.

In the Caribbean, this type of twitch suggests that you will have someone talk poorly of you, or that someone you know is in trouble. Either way, it tends to mean that something sinister is afoot.

6. It could be possible that you’re going to get a message

Depending on which culture you ask, an eyebrow twitch of any sort might be a sign that you’re getting a message. Who this message is from depends on the culture that you ask about, but it can be anything from a letter from a family member to a message from spirits.

If you prayed for a sign from an angel, then this might be one of the ways they reach out to you. This is particularly true if your eye is currently doing a full “eye jumping” act where both the eyebrow and upper lid are twitching.

7. Your family will either have a birth or death

In Hawaii, you better be careful if your eyebrow starts to twitch. There, they have different meanings for each side of the face where the brow twitch occurs.

A left eye twitching is indicative of a pending death in the family. A right eyebrow twitch means that you may end up having a baby. On the other hand, the left eye jumping means that you will lose a member of your family.

8. You will get a visitor or go on a trip to see someone

HealthKura points out that timing makes a huge difference in how to interpret a jumping eye.

This is one of the few superstition groups that can have its meaning change depending on the time of the day that you experience it. In many parts of the world, having your eye twitch in the morning can indicate the arrival of a stranger or a friend to your doorstep.

If you have been waiting for news of a party or just been hoping to see some buddies after a long time away, this is the good news that you’ve been waiting to hear about.

9. You are a creative person who has lofty goals

Sometimes, eye-twitching meanings are not always about trying to figure out if you are in the presence of evil or good. They can also be indicators of personality traits, especially if we’re talking about the twitching of the right eyebrow.

Personality-wise, people tend to see this as an indicator of creativity and ambition. If you’re a natural go-getter who has your eyes on the prize, then that little twitch is just confirming what you already knew. You’re a natural-born winner.

10. You might deal with an illness in your near future

Several cultures in Africa believe that an eye twitch (or eyebrow twitch) can be a warning sign of impending illnesses. In the case of myths and folkloric wisdom, this could mean anything from a bad stomach ache to something as serious as a heart attack.

In some cases, it can also be indicative of a future accident waiting to happen. This can mean anything from getting a scrape from a small fall to having a botched surgery. Hopefully, this isn’t the omen that you are supposed to get from that twitch.

With that said, it’s important to remember that there is some medical backing to twitchy eyebrows being an indicator of sickness. Many people who have a stroke notice their facial muscles twitch before paralysis sets in.

11. You care too much about what others think

Out of all the eye-twitching superstitions we’ve found, this might be one of the most unusual. If you notice that your left eyebrow is twitching frequently, this could be a sign that you may need to stop caring about what others say.

One of the meanings behind twitchy brows suggests you have low self-esteem. Have you been influenced by others to hide yourself? Are you a victim of bullying that makes you feel like you don’t belong, or that you have to fit a specific model that people built for you?

Now would be a good time to ask yourself why their opinion matters. In most cases, the only reason others tear you down is that they feel intimidated by you. Don’t let the haters shake you. It often just means that you are on the right path.

A twitchy eye can be alarming, especially if you’re not used to it. Did you recently have a twitch in your brow? What happened after it? Tell us in the comments below.